Are you a binge-watching anime fan and have already watched Dr. Stone, Spy Classroom, Attack on Titan, The Duke of Death and His Maid, Record of Ragnarok, and Mushoku Tensei: Jobless Reincarnation and waiting a long for the upcoming seasons? Then wait no more it is just a few days after which you can watch your awaiting season. Check out this list of the most anticipated anime releasing in 2023.

Even if you have not watched these, look at the list and complete the previous seasons, as you guys don’t have to wait long for the next season. That said, here is the list of the 50+ highly anticipated anime released in 2023.

Because of some unknown phenomenon, the earthlings are turning to stone amidst such a crisis Senku and Taiju try their best to rebuild civilization. After that, many things happened, and the second season shows Tsukasa’s deteriorating health yet opens up with a situation that creates a path for many anticipated adventures.

Looking at the previous seasons, it can already be predicted that fans will have many adventures in this upcoming season. Age of Exploration may be adapted as the arc of the series by Dr. Stone. Doctor Stone Season 3 is very popular and has already received quite a fair amount of fanbase. It also has achieved high ratings from IMDb and Crunchyroll.

During the Anime Japan event, the third season of Dr. Stone was announced to debut in 2023.

Spy Classroom or Spy Room is about a group of spies who are considered as not very suitable. Lily, the white-haired girl, hardly passed her exams. While in the beginning, Lily was excited about the mission; however, her interest was soon lost because of the mission’s difficulty.

The anime’s official profile was launched to share the news and provide information about its release or production. A trailer introducing the main characters has been released already. Kadokawa, through the trailer, has also been announced to be released in 2023.

MAPPA‘s Attack on Titan, subtitled Attack on Titan: The Final Season, is arced from Hajime Isayama’s original manga of the same name. Gabi Braun and Falco Grice, young Eldian Warrior candidates, once failed to reclaim the Founding Titan. However, they made up to armor it after four years.

Marley plans to invade Paradis to retrieve the Titan and, in return, gets their homeland attacked by the corpse. Several incidents follow after it and end with Eren Jaeger’s desire to destroy all lives beyond the island. In part one, Shinsei Kamattechan performed the opening theme, “Boku no Sensō,” and Yūko Andō performed the ending theme, “Shōgeki.”

There are full of 28 episodes in the upcoming final season. In part two, SiM performed The Rumbling, i.e., the opening and ending theme, which is Akuma no Ko by Ai Higuchi. The third and final episode is announced its date to release the forthcoming anticipated series in 2023.

The Duke of Death and His Maid Season 2

Curse is the nemesis of the Duke. He has a curse from a witch that whoever he’ll touches they’ll die. He lives in a mansion with a maid named Alice, who constantly flirts with him. The Duke grows close to her. But what will happen to their love? Will their love live or die? Aired in 2021, The Duke of Death and His Maid is based on Koharu Inoue’s manga. The series is announced to release in 2023.

This is more than a human affair. The gods assembled decided to destroy humanity. In the battle of Ragnarok, the gods will finally determine the fate of humans and humanity. Valkyrie Brunhilde asks for the last chance from the side of humans so that they can prove their worth in combat in the Valhalla arena. The show is based on Takumi Fukui, Shinya Umemura, and Ajichika’s manga. Animated by Graphinica and distributed by Netflix, the show will be released in 2023.

The show has a transition from tragedy to comedy. Rudeus Greyrat, a 34-year-old man, died while he tried to save someone by being hit by a car. He reincarnated as a baby in a new magical world and began his journey and adventures there. Along with the knowledge from the past and the present, Rudeus is now stronger than before. The series is based on a light novel of the same name. The animated season will return to fill some animation within the heart of its fans again. Mushoku Tensei is set to be released in 2023.

All the highly anticipated anime releasing in 2023

These anime series are just the tip of the iceberg because 2023 will bring a lot of entertainment and action to the table. Here is a quick look at all the anime releasing in 2023. 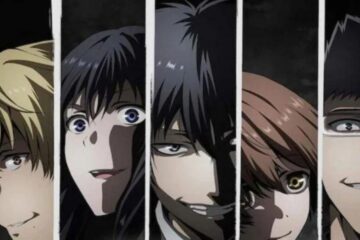