Published by Zeinab Samir on January 4, 2023

Another bromance drama is here, with a chaotic duo working their way from bickering whenever they run into each other to becoming excellent partners, working together to solve cases pertaining to neuroscience, we have Brain Works.

The new South Korean drama, Brain Works, premiere is interesting, introducing us to the main characters and making us look forward to more childish fights between the soon-to-be partners.

Introduction to our first case and characters of Brain Works 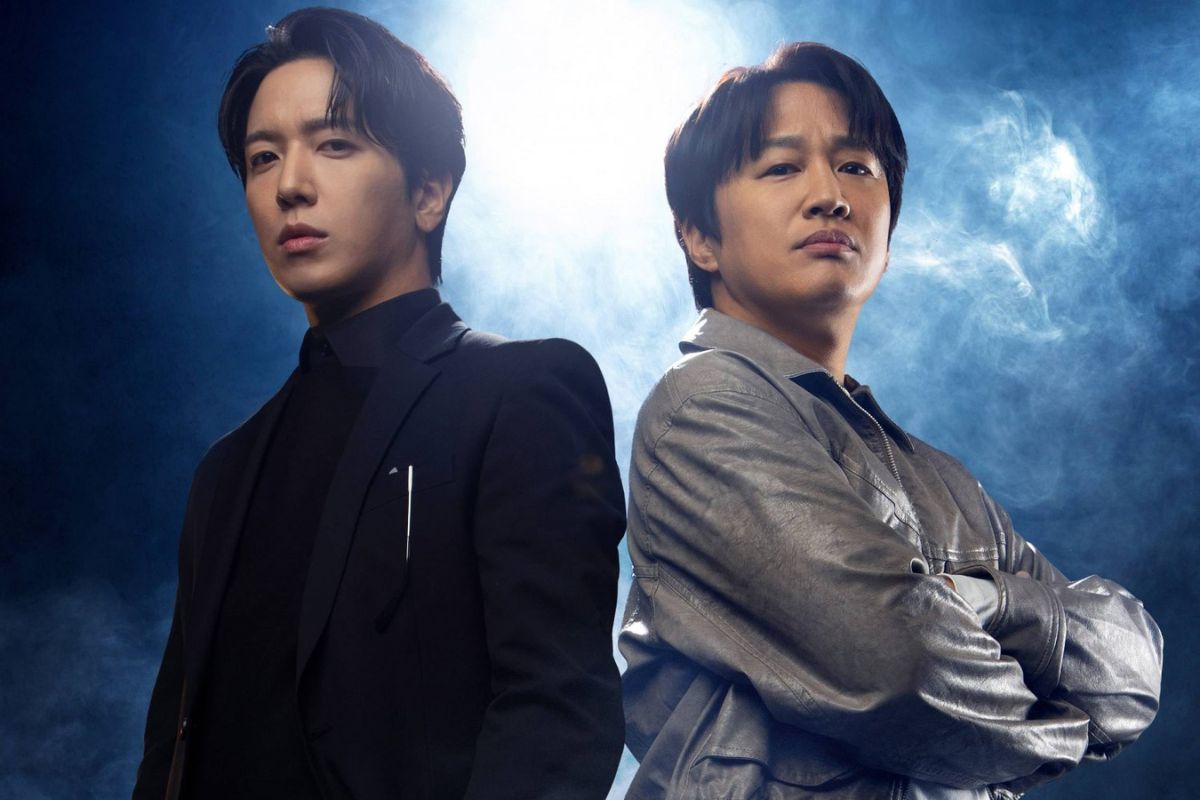 We open the Brain Works drama with a band performing on stage when the guitarist drops dead out of the blue, and his wife frantically keeps insisting she is the one who killed him. Since the cause of the death is believed to be, for now, a brain hemorrhage, the case is assigned to the neuroscientific investigation team of which our detective lead, Geum Myung-se, is a part.

Myung-se isn’t willing to take on the case. That case is getting a lot of public attention, and if things go awry, they will be chewed out. However, Myung-Se can’t muster up the courage to voice his opinion.

Instead, he gets the shy and hushed team captain, Seol Se-jong, to tell the chief to assign the case to another team. However, her low voice and stammering don’t help the situation but instead earn her a scolding from the chief, who wants to use the case as a chance for the team to gain fame.

Myung-se and Se-jong have no choice but to start working on the case. Interrogating the dead guitarist’s wife leads them to some critical information.

The deceased had a history of Parkinson’s disease. Although the deep brain stimulation he underwent went successfully, he could no longer play the guitar, which felt like a death sentence to him. Desperate, he asks his wife to kill him by turning on a high-frequency bracelet he put on his land, which he got illegally.

To check out the wife’s statement, Myung-se and Se-jong need to do a simulation on themselves, as they happen to have no mannequins in the station. That means they need to reach out to a neuroscientist for help, namely our lead, Shin Ha-ru, the pillar of the Brain Hub simulation center.

One problem, though. So-Jung doesn’t feel confident Myung-se will be able to win over Ha-ru. She is right to worry, though. With Ha-ru’s charisma and over-the-top confidence, getting him to cooperate with them will be challenging.

Luckily, the case has piqued Ha-ru’s interest, and he agrees to look into it. There is no need for a simulation, though, as Ha-ru believes the culprit is someone else other than the wife for a reason only he knows of, and we have to wait to discover why he thinks so. 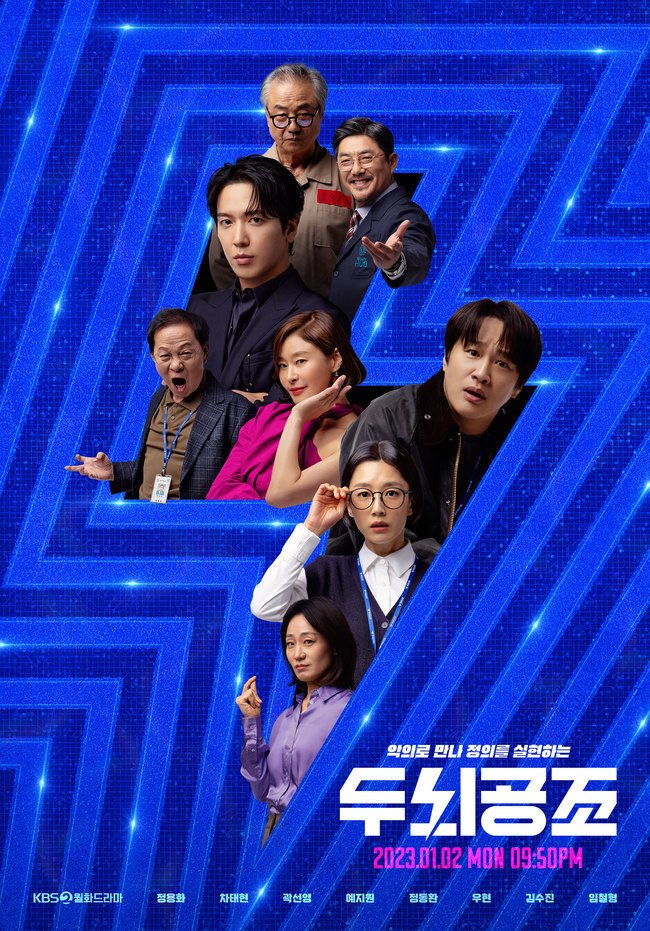 Ha-ru will get back to the guitarist murder case later since right now he is on his way to check a treasure chest, or more precisely, obtain a death row inmate to sign a brain donation consent form, as Ha-ru wants to extract his brain and study it as a part of his beloved “psychopath rebuilding project.”

To entice the inmate, Ha-ru throws a bait about helping him kill yet another person, but after getting him to sign, Ha-ru claims that the only one the inmate can kill is himself, and, as expected, the two get into a fight where the inmate attempts to strangle Ha-run using the cuffs and then swallows the donation form now that their deal is broken.

If he can’t have what he wants, the inmate won’t let Ha-ru enjoy studying his brain after he dies. A few days later, it was announced that the inmate was found hanging in the wall, but it isn’t clear whether the inmate committed suicide or someone used the chance and murdered him, disguising it as suicide.

Anyway, the inmate is dead, and Ha-ru can now harvest his brain and study every piece of it, or could he go through with it now that everyone witnessed the inmate swallowing the consent form?

When it comes to the “psychopath rebuilding project, “nothing can stand in Ha-ru’s way, especially when he hates evil people’s guts. He will do anything not to let the opportunity to know how a psychopathic murderer’s brain works slip through his fingers, even if it means forging the consent form and sticking it on the autopsy room door for everyone to see.

Luckily for Ha-ru, Myung-Se visits on the same day they receive the inmate’s corpse. Ha-ru views that sudden visit as a golden opportunity to sneak out of the body and extract the brain single-handedly without anybody interfering in the procedure.

Ha-ru lures Myung-se into lying on the table where the corpse is supposed to be, precisely telling him to stay still no matter what and wait until he returns. Everything is going according to Ha-ru’s plan.

Thoroughly fooled, Ha-ru’s assistant begins to shave the dead inmate’s hair preparing for the brain extraction, except that it is Myung-Se and not the deceased inmate’s body. Myung-Se has done his best to stay still, but who can lie down and do nothing while a highway is shaved through his hair, giving him a one-of-a-kind hairstyle?

People at Brain Hub find out about what happened and hurry over to stop Ha-ru, who does his best to finish the brain extraction before they barge into the room. Myung-se calls Ha-ru out on fooling him, but Haru isn’t remorseful at all. Instead, he snatches his assistant’s wig, who uses it to hide the unique hairstyle he probably got because of Ha-ru, and hands it over to Myung-Se.

ALSO READ: Top 10 Pakistani dramas you much watch to experience morality and romance 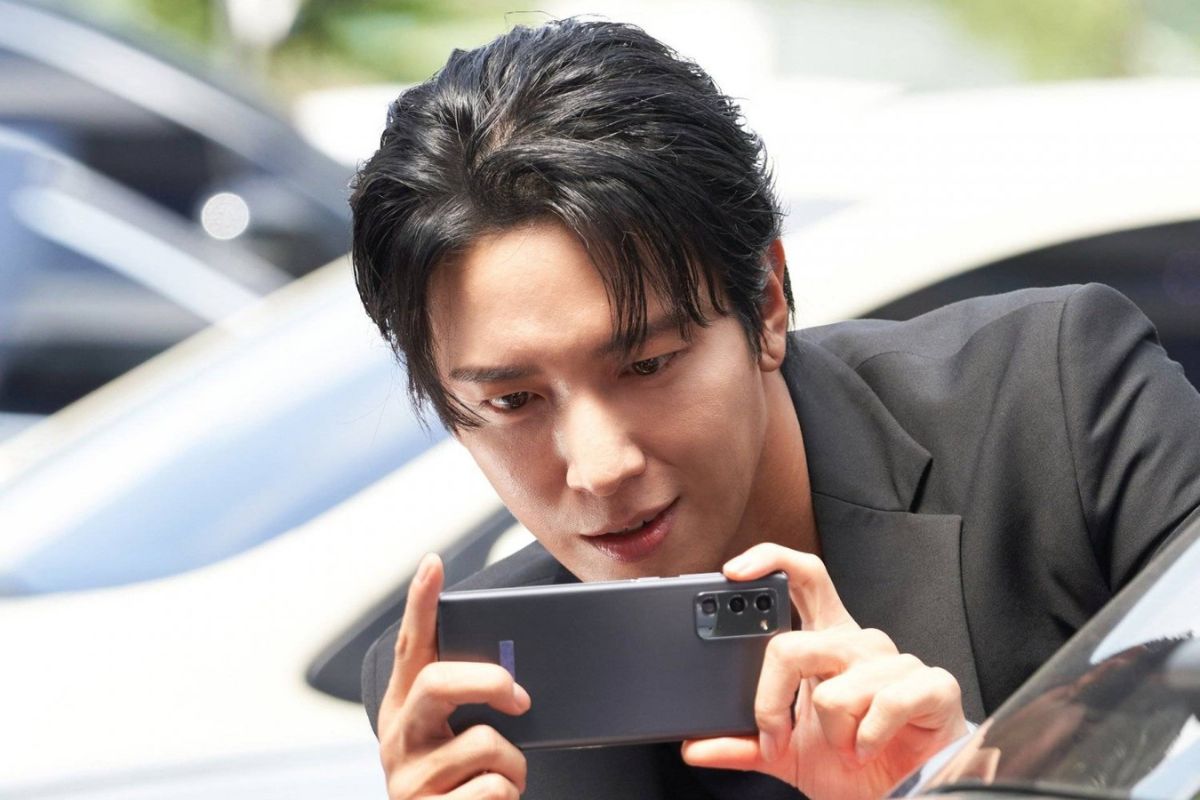 Mad over what happened, Myung-Se drinks with a reporter who frequents their station. Unfortunately for Ha-ru, Myung-se spills the beans on the forged consent form he accidentally heard the assistant mumbling about while lying on the table.

It is not long before Ha-ru’s heart starts to race because of another reason other than studying the inmate’s brain. As expected, the reporter took advantage of Myung-se’s drunken words and wrote an article accusing Ha-ru of forging the donation consent form.

Ha-ru racks his brain over the source of the “rumor.” With a hefty sum of bribes, it isn’t likely that the jail guard spilled the beans. Ha-ru’s assistant is an accomplice in the forgery so that he won’t tell anyone of his crime, or could it be him? With Ha-ru threatening not to let him go, the assistant had no choice but to throw Myung-Se under the bus, telling Ha-ru he might have heard something while lying on the table.

Realizing the consequences of his drunken words, Myung-Se scolds the reporter and denies anything he said the day before. When it doesn’t work, he warns the reporter that the so-called temperamental doctor will sue both of them for defamation, just as that one doctor shows us before them.

Myung-Se tries to lie his way out, but Ha-ru is a human lie detector who can’t be fooled by Myung-Se feigning ignorance. The two of them engage in a childish fight, which leaves Ha-ru thinking that Myung-Se is yet another corrupt cop.

Trying to weather the storm in Brain Works 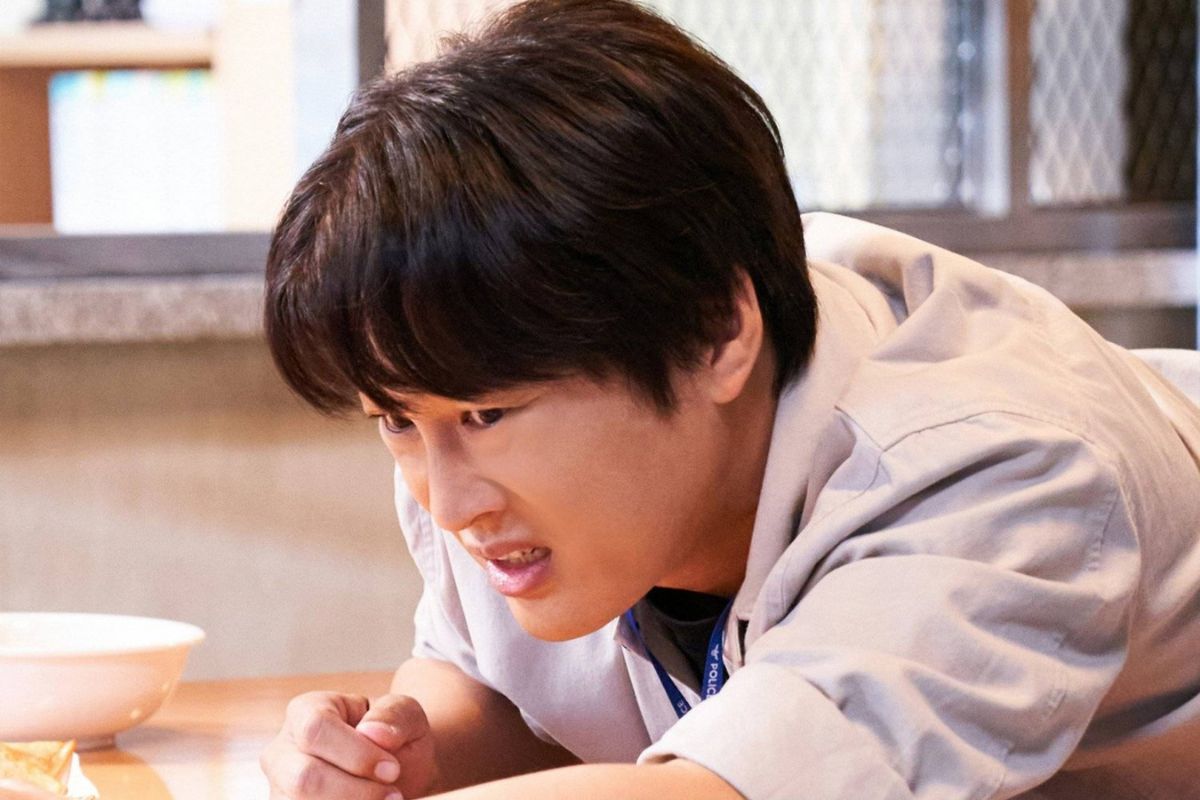 Pushed to a corner, Ha-ru claims he lost the original consent, which people at Brain hub don’t seem to buy. Especially when, a few minutes later, Ha-ru’s assistant shows up with a crumbled consent form that Ha-ru rushes to burn before anyone can read it. With his initial plan failing, Ha-ru shifts to Plan B, gaining sympathy by listing the crimes the inmate committed before his death.

The inmate killed as many as eight people who had to face their last moments: lonely, scared, and in pain. Who cares about mere consent when people’s lives are at stake? But as expected, it doesn’t work, and Ha-ru has no choice but to come clean and apologize at the disciplinary hearing.

At the disciplinary meeting, Ha-ru tries to remain as well-mannered and logical as possible, which is the opposite of his temperamental and arrogant personality. He first apologizes for forging the consent form, claiming he only did that to study the inmate’s brain, which will help prevent more crimes and save more lives.

However, Ha-ru can only control his temper that much, and a few minutes later, he calls the hearing committee on the offices they could only work in through the lies he told the investors. Could Brain Hub still function if he kept abiding by the rules? That tantrum causes the hearing committee to turn on Ha-ru and announce his dismissal.

Ha-ru has received a lot of offers from multiple labs overseas, but he refuses every time as he wants to stay in his country and not go abroad. Perhaps Ha-ru is forced to leave Brain Hub this time, but he vows to return soon.

Until he returns, why doesn’t he take a temporary job as a consultant on the same team Myung-Se works? Ha-ru might want something other than Myung-Se. However, now that he lost his position at Brain Hub because Myung-Se slipped his tongue, Ha-ru resolves to stay glued to Myung-Se and get back at him for hindering his cherished project. 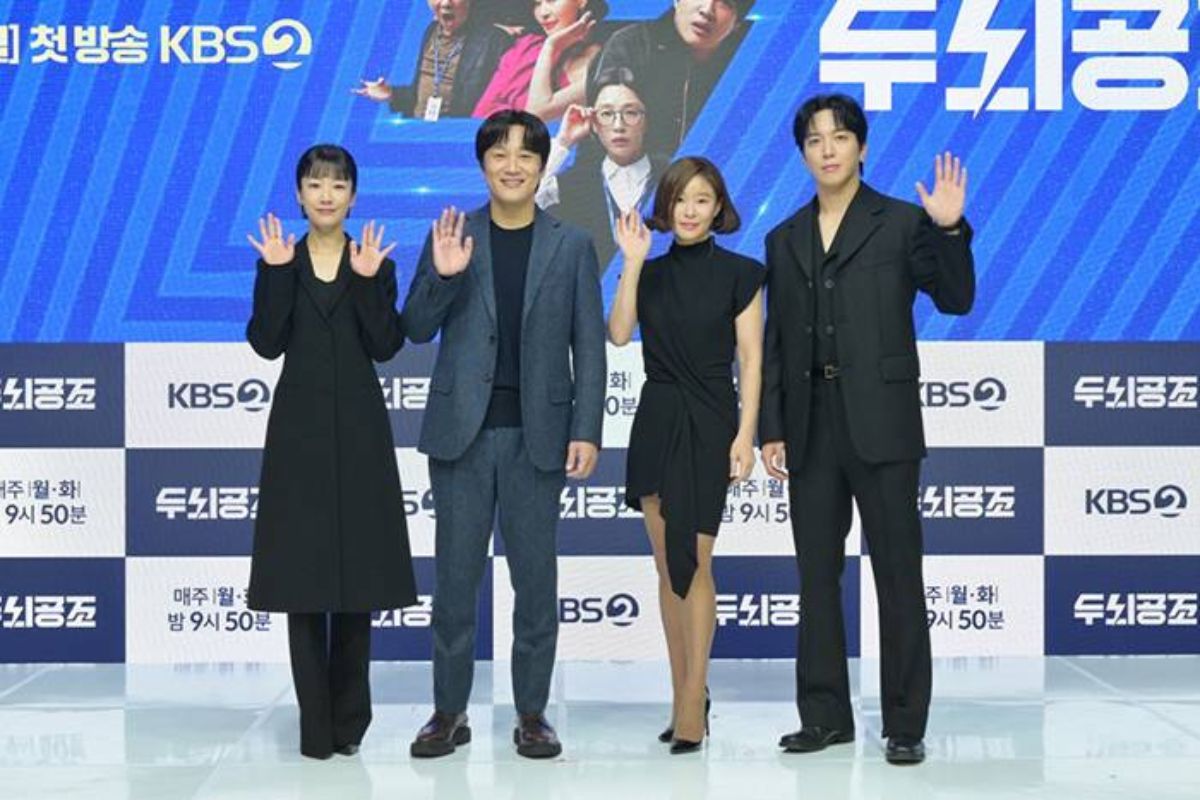 Although I am not utterly hooked right now, the premiere of Brain Works is surely fun to watch; I will stick to see how the plot progresses and if we will get episodic cases or an overarching case throughout the drama run. Brain Works will lean toward the former, though.

Still, of course, we will surf through our lead’s secret, hinting at why he is obsessed with studying psychopaths’ brains. Jung Yong-Hwa is dazzling as Ha-ru, dribbling charisma through his perfect hairstyle and fascinating suits. Cha Tae-Hyun is also doing a good job portraying Myung-Se.

It is my second time watching him portray a police officer after Police University, and I am curious to see more of his character in the coming episode of Brain Works. Please give us another epic bromance and a lot of intriguing cases, show.

Hello, fellow Kdrama fans. My name is Zeinab, and just like you, I am smitten with Kdramas and look forward to watching every Kdrama out there, but is that dream ever possible since they keep showering us with new dramas every day? For me, Kdramas are my comfort zone and a warm hug that makes it possible to face up to whatever life throws my way.