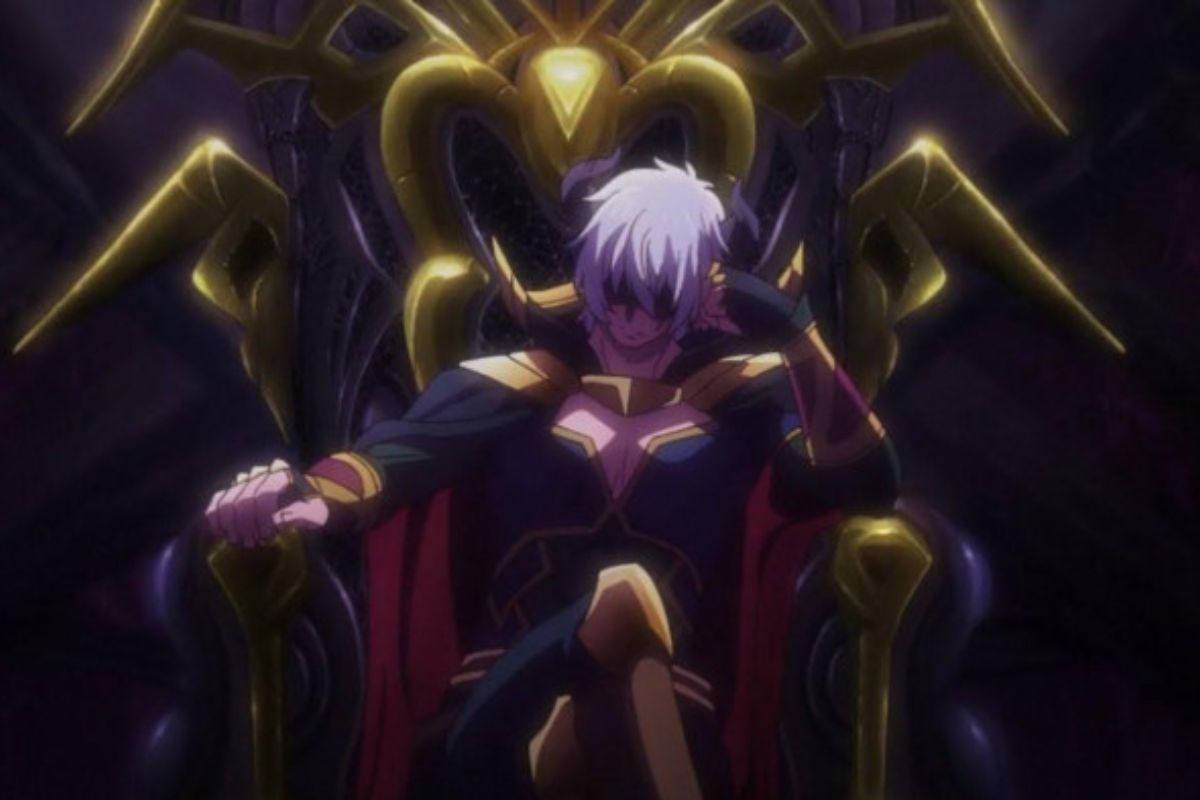 Check out these demon lords who shouldn’t be regarded as just infamous characters. Instead, they are the reason for the birth of the heroes out of the simple humans. Without the serpent, the knowledge would not be gained by Adam, Eve, and their successors, i.e., us.

These demon lords sometimes overtake the narratives of the show — something we’ve seen in characters in shows like Naruto. With an overwhelming aura, these anime demon lords rule the underworld and are the sole owners of darkness. Let’s check out some of the strongest demon lords in anime and manga. 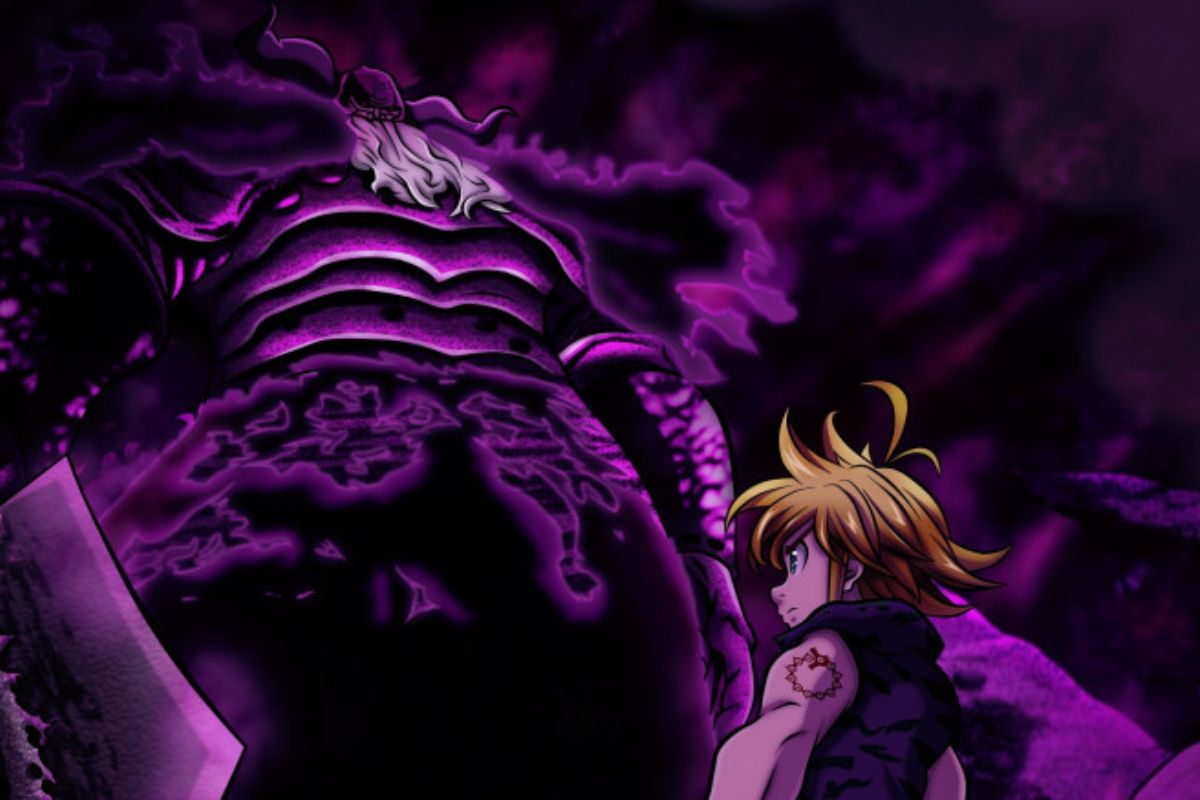 In the guise of Ryo Asuka, the primary antagonist of ‘Devilman Crybaby’ is looked after by the humans. He is intersex with long hair, breast, and groin area.

Even in the human world, he designs to obliterate humanity by instigating themselves amongst themselves.

One of the three rulers of the underworld, the super powerful Lucifero, contracted with Dante Zogratis and Moris Libardirt.

His appearance perfectly aligns with the conventional demonic villains.

He has wrinkled skin, bat-like wings, curved horns, and dark and red-colored eyes. He aims to destroy those he considers weak, i.e., the humans and low-rank devils.

Demon King of Tyranny is known for the Mythical Age. He targets to divide the world into four parts.

His name as Demon King of Tyranny continues to exist because of his brutal behavior against his enemies.

However, reincarnated as Anos, he possesses humanity and morality.

Void, the member of the God Hand, first appeared in “Guardian Angels of Desire (4)”. Unlike his demonic companion, he is more philosophical in nature and polite.

He can be seen as possessing morality by treating the Band of the Falcon more than mere sacrifices.

He can control space and create portals within a span of time.

Having the name Sirzechs Gremory, he owns other names Sirzechs Lucifer, Crimson Satan, and Satan.

He was one of the leaders of the Four Great Satans ruling the underworld. He is the former clan of the Gremory Clan.

He is often described as the female version of Rias. This handsome, polite, loving Lucifer has the power to diminish everything by bestowing humans his unique abilities.

The Great Demon King precipitated the earth into mayhem and pandemonium. He is an army of demonic offsprings. The counterpart of Kami reincarnated himself as Piccolo Jr. having the Pokopen ability.

He looks very different and is the tallest and largest of all the villains. He has the ability to level a city in a single heartbeat.

The powerful demon Raizen is also known as Mazoku, Toshin, and “Master of War” or “Warrior God.” He was one of The Three Kings of Makai and Yusuke Urameshi’s ancestral father.

This strong demon lives his life on humans till he falls in love with a human girl. He stops to eat humans after falling in love causing his body to break down gradually.

Samael, the exorcist, is the second strongest of all the Eight Demon Kings and owns the title ‘The King of Time.’ He is an otaku and loves humans, but his position is secured by conspiring with Satan.

Being a principal of True Cross Academy, he uses the name Johann Faust V (or Yohan Fausto Gosei).

Sukuna is the Imaginary Demon of the Golden Age of Jujutsu. Having a strong curse, he became a cursed spirit, called the ‘King of Curses’, after death.

Sukuna is a compelling, immoral, selfish, and sadistic character. Even in his defeated form, he can control and create a massacre.

The Dragon’s Sin of Wrath, Meliodas, is more a human-like figure than a demon. Though he appears as a small boy, he is a strong, muscular boy, and becoming the vessel for the Demon King, he has marks and scars all through his body.

He witnesses the death and reborn of his cherished many times after being cursed.

The main antagonist of Demon Slayer: Kimetsu no Yaiba; Muzan is the progenitor of all the demons.

He is the bloodline of the Ubuyashiki Family and can control all who assimilated his blood to become demons except Nezuko Kamado, Tamayo, Yushiro, and later Chachamaru.

In an organization of the twelve strongest demons, Twelve Kizuki, he serves as a leader.

Diablo (How Not to Summon a Demon Lord)

Takuma Sakamoto controls the horn-headed Diablo. Being an introvert, he faces trouble talking with girls but can dominate anything in the world with the help of his spells.

However, as opposed to his video character, his human side is weak.

Sesshomaru is an antagonist-turned-anti-hero. Being the fearer of the feudal world, he never tried to enhance his powers by having a grip on Shikon Jewel.

He appears in two forms: one form being a handsome man with a crescent moon on his forehead and in another form being a yokai, a giant white dog.

He is born of an excellent demon bloodline with perfect and confident power. He is a headstrong man with hardly has emotions and feelings.

Though he is just a baby but shouldn’t be ignored, Kaiser de Emperana Beelzebub IV, the son of Beelzebub, is sent to the world to destroy humanity throughout the earth.

He is the adoptive son of the human Tatsumi Oga. He is the troublemaker and brings misfortune to his foster parent’s home by urinating metric gallons (enough to fill houses).

Instead of becoming a high priest, he is oracled by Yatagarasu to become a Demon King in the future. He is violent and evil-like, but he is kind and tries his best to prove who he really is, i.e., he struggles to prove that he’s not a demon.

Here is a list of more demon lords in anime