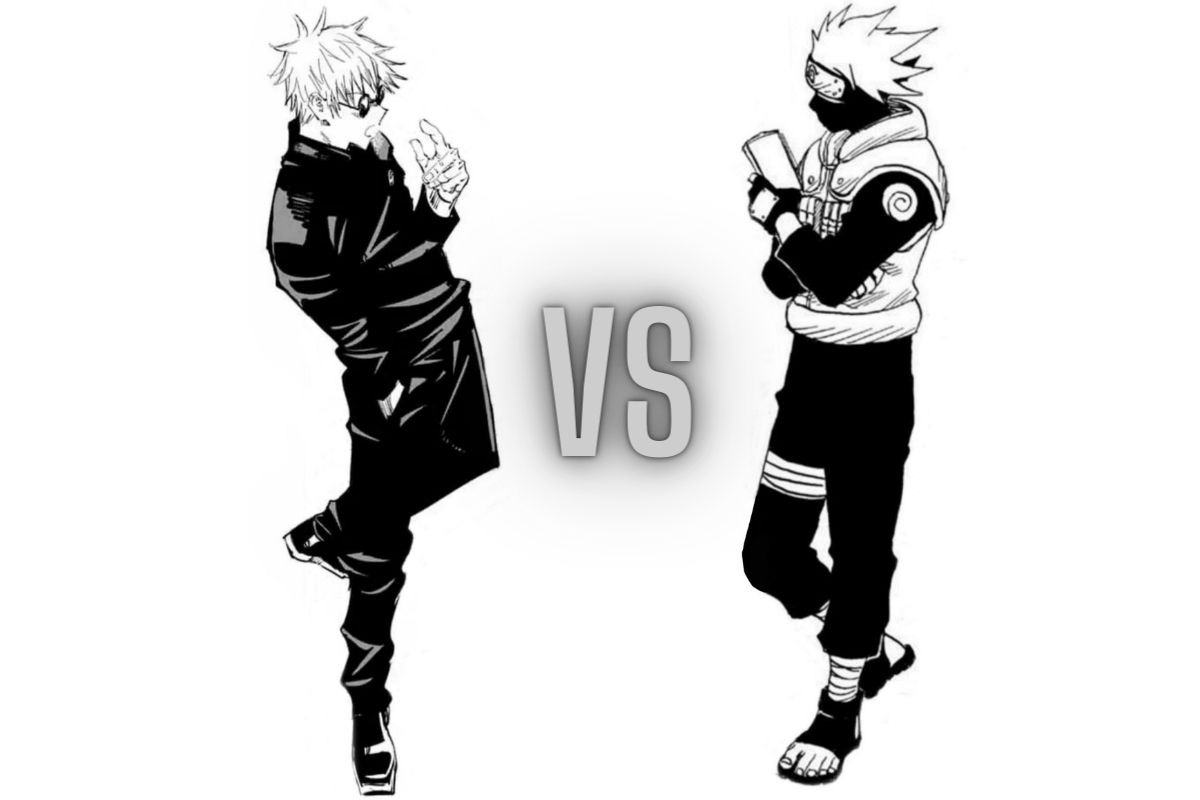 Naruto is a legendary anime but there’s no contesting the number of fillers that are constantly happening.

Now before you get excited I will like to remind you about Naruto Shippuden where you had one arc going on for centuries.

Maybe that’s some exaggeration right there but certainly doesn’t change the fact that intense fights with quick endings keep us wanting more.

For this, we have Jujutsu Kaisen where every episode is a gem and of course, being a short anime they could not afford fillers.

If you haven’t fallen in love with Gojo’s eyes, I think you need to rewatch the show. In fact, you need to keep watching the show till you do.

This is true not just for these aesthetic visuals but also for the fight scenes which are much more intense. The graphic and special effects certainly beat its predecessor as they are more engaging and detailed.

To be fair it is a recent anime having aired in 2020 when compared to Naruto released in 2002.

Animation on its own surely takes the lead even when compared to most of the recent anime.

A Total Cast of Likeable Characters

Let’s all peacefully agree that we have more likable characters in Jujutsu Kaisen than Naruto. The amount of great characters in the show by far exceeds more than half.

As opposed to it, the characters in Naruto though awesome sometimes are not as amiable; or relatable as they are here.

The leading trio of Jujutsu Kaisen is just cooler than one in Naruto; Yuji being more adaptable than Naruto in spite of being thrown in a situation in the middle of nowhere; we have Megumi giving that emo vibe with a soft side; and Nobara being a strong female character in a real sense, unlike someone. Let’s save Gojo for another day.

Gojou is an Epic Badass

Gojo just can’t be saved for another day because his awesomeness just called. Gojo may have a striking resemblance to Kakashi but a better and badass version of him. And of course, he is the strongest sorcerer in the world while not being shy about it.

And if you still don’t know what I am talking about- “Yowai mon.” This guy just has no inhibitions. He is that cool guy in front of anyone and everyone and just when you think you might have gotten on his nerves, he takes another jab at you.

Gosh, there might have been one or the other part where you have wished to be as badass as him.

Sakuna is a Formidable Villain

Sakuna is a charismatic villain who you can’t completely hate but cannot love either, maybe like Madara Uchiha. He likes to keep things in his control and will waste no opportunity to create havoc. Even when Yuji is his host he is not at all compliant or cooperative towards him.

In fact, Sakuna chooses to team up with the enemy or cause harm to Yuji’s friends if it is ever possible. He is cruel through and through and a lot of thought and personality is given to him making him more intimidating and interesting.

In fact, the villains in Jujutsu Kaisen are certainly more deadly than the ones in Naruto where the titular character ends up softening up to them after the faceoff.