The series follows the adventures of Goku, a young warrior with extraordinary strength and the ability to transform into a super saiyan, as he searches for the Dragon Balls, which are powerful magical artifacts that can grant wishes.

Dragon Ball is known for its action-packed fighting scenes, colorful characters, and compelling storylines. It has been very successful in Japan and abroad and has spawned numerous spin-off series, movies, and other media.

But there are some facts and events in Dragon Ball that even the old-generations fans would not know. That may be why we are called anime connoisseurs. Nevertheless, since we are here, let’s check these 10 unknown facts about the Draball Ball series.

Bardock gets the power of Foresaw 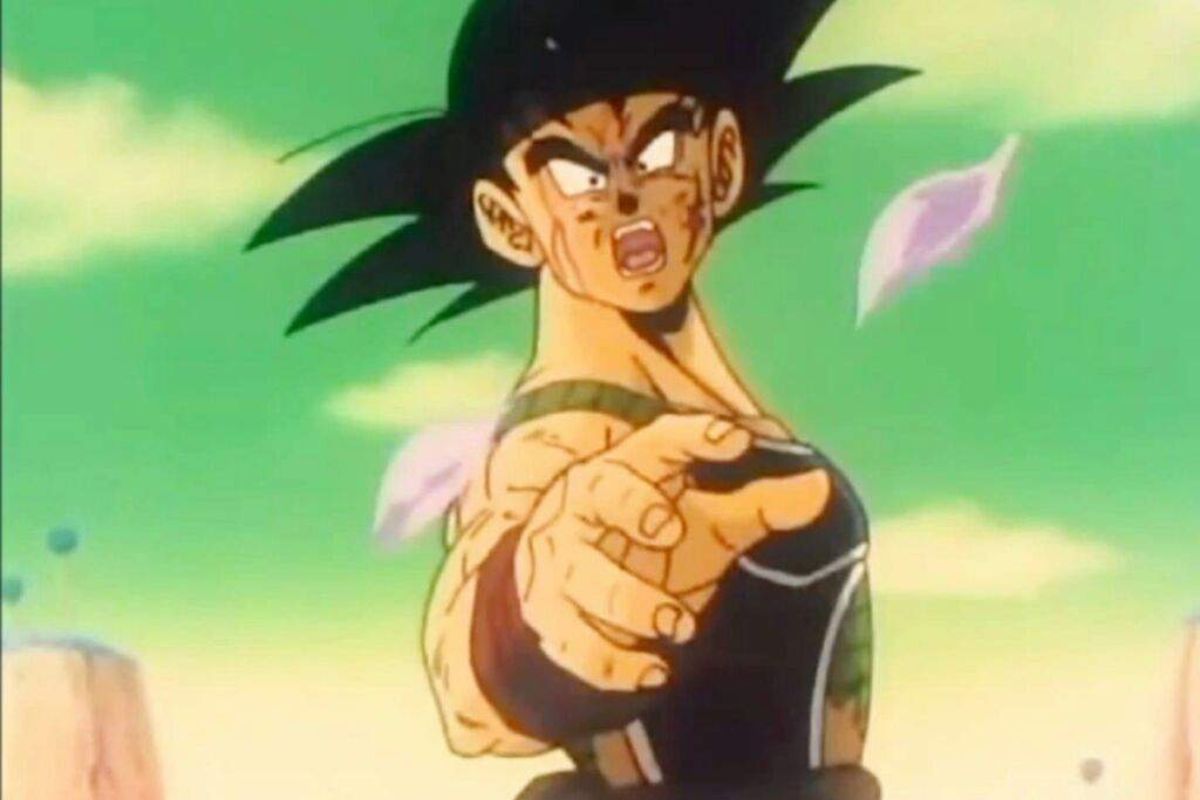 On the planet Kanassa, when Bardok and his team members were conquering the entire race of Wakusei. They learned that one warrior named Toolo had a remarkable ability to see the future.

Their mission was to conquer the planet and get those powers for the evil Freeza so that he could change his future after watching it. It became inevitable that nobody could stop him from completing his evil desires.

Fortunately, Bardok, the lower-class soldier, got this power from Toolo in the middle of the battle. When Toolo told that he had transferred his powers of prognosticating to Bardok, he killed Toolo and suddenly fell on the ground after getting drowsed, and when he woke up, he found that whenever he was a little bit stressed.

ALSO READ: Top 10 most popular anime swords of all time 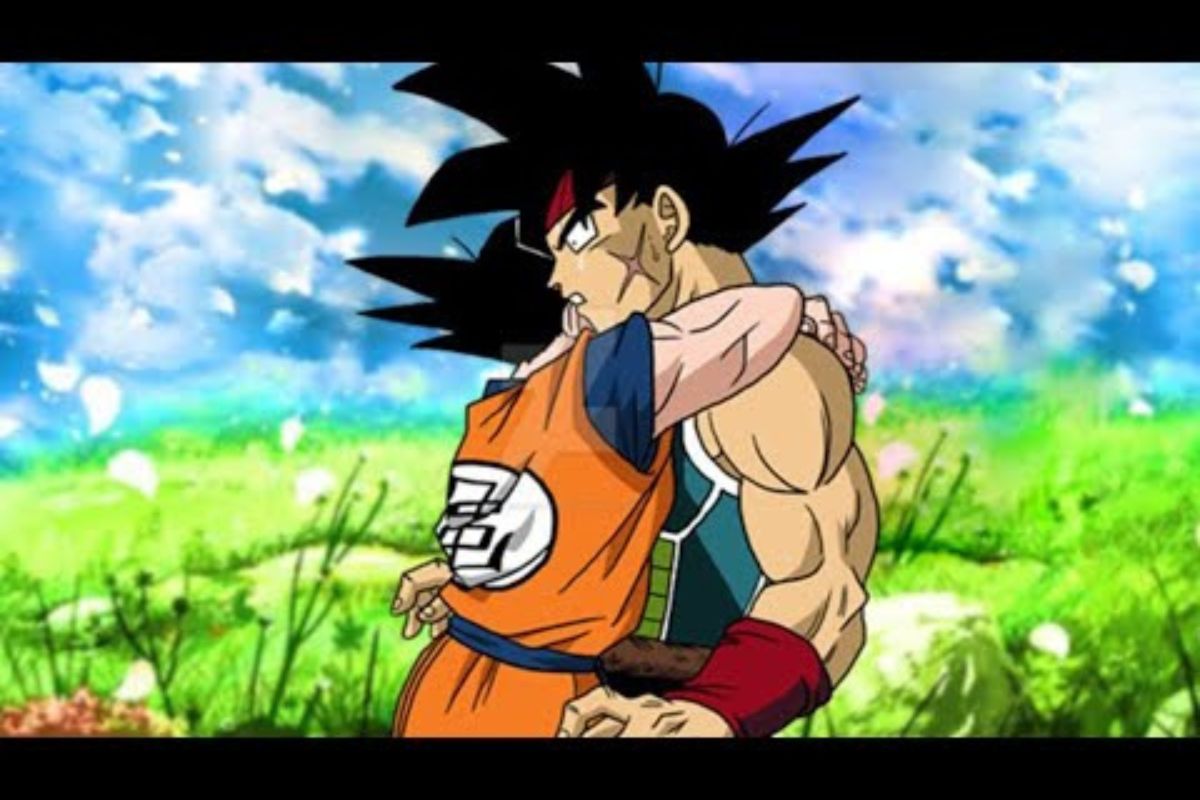 Bardok met his son Kakkarot on the planet Namek in his dreams and was standing against Freeza for a fight. Goku called him, “Bardok, you know who I’m, don’t you?” and Bardock was shocked and happy to see that his son Kakkarot would surpass his father and Freeza.

Bardok’s prognostication of destruction and revenge 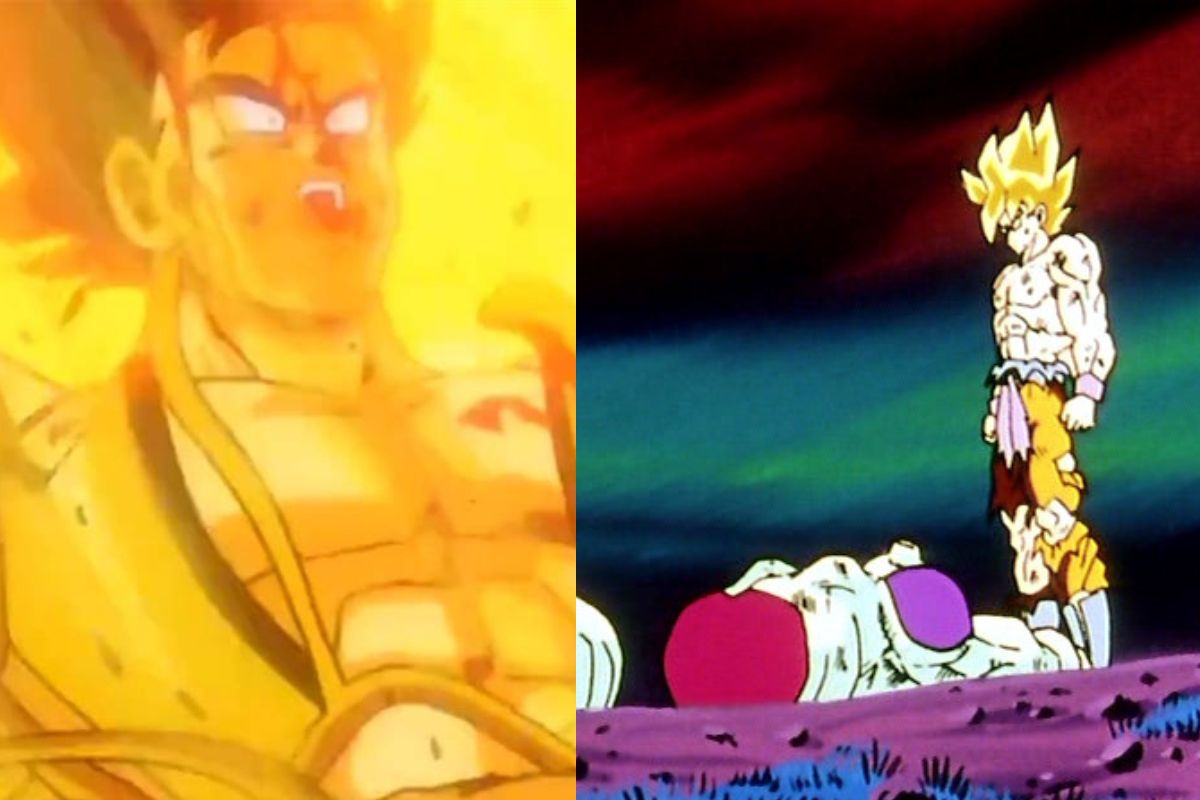 Do you know that the Bardok already knew that his Native planet, Vegeta, would be destroyed by Freeza, and one day, because of his superior intelligence? Still, he didn’t know that his son Kakarot would defeat Freeza on the planet Namek. After watching the future, Bardok was stressed and happy that his son would take revenge on the Freeza, so he sent his son to earth.

Kakarot’s arrival on earthWhen Kakarot landed on the planet earth, he was adopted by a Human named Grandpa Gohan. In Goku’s childhood, he looked like a monkey and had a monkey tail. That’s why Grandpa Gohan gave him the name Son Goku about the Monkey King or Sun Wukong/ because he thought that Kakarot was an incarnation of Monkey king Son Goku/Sun Wukong. 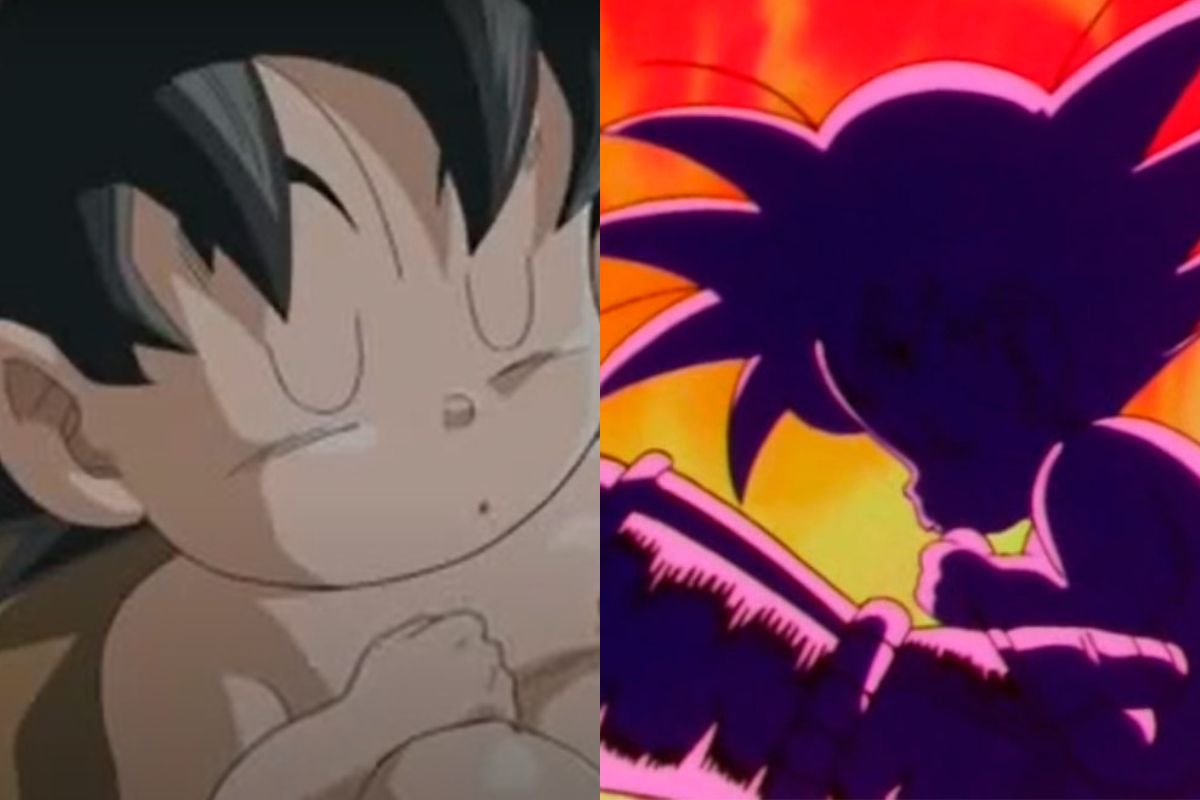 When Kakarot landed on the planet earth, he was adopted by a Human named Grandpa Gohan. In Goku’s childhood, he looked like a monkey and had a monkey tail. That’s why Grandpa Gohan gave him the name Son Goku about the Monkey King or Sun Wukong/ because he thought that Kakarot was an incarnation of Monkey king Son Goku/Sun Wukong. 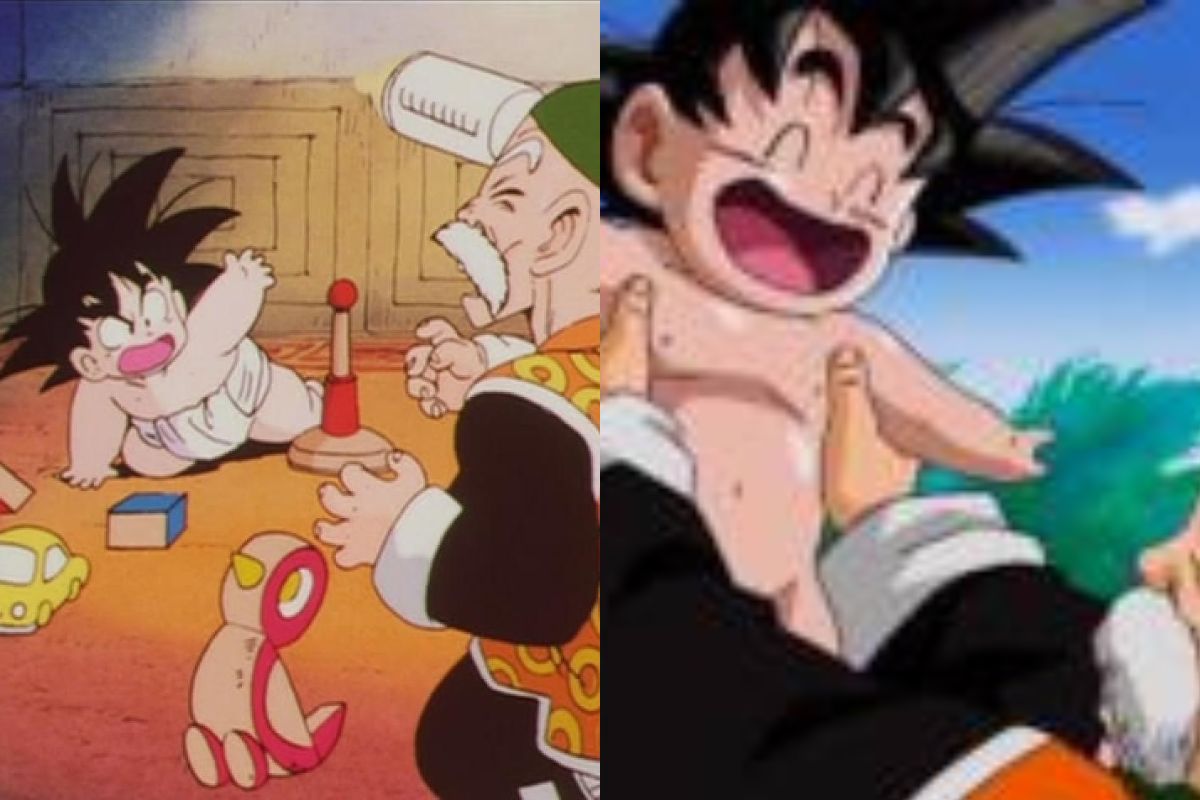 They both were in the jungle in the hills, and accidentally Goku fell into a ravine, hit his head on the rock, and had a traumatic brain injury. Grandpa Gohan was very sad about this and took care of him; Saiyans have the ability to remember things from their infancy.

Somehow Goku lost all his memory and Saiyan aggression when he hit his head with the rock and became smarter that he could grab a technique and way to do any work in seconds. 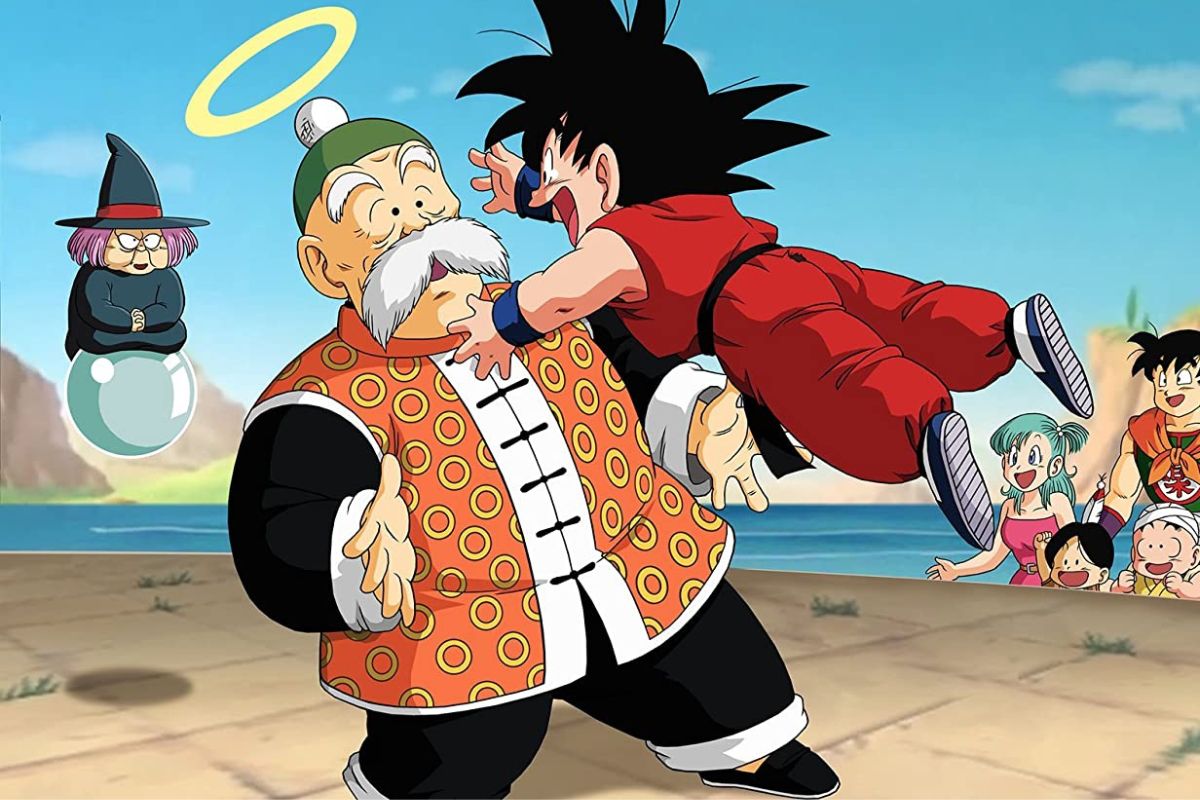 He saw one Dragon ball, and the whole place was demolished so he thought that some monster kind of creature killed his Grandpa Gohan, and his soul was now becoming a Dragonball, so he took that Dragon ball and placed it on the cushioned table.

Goku became a false Super Saiyan for the first time 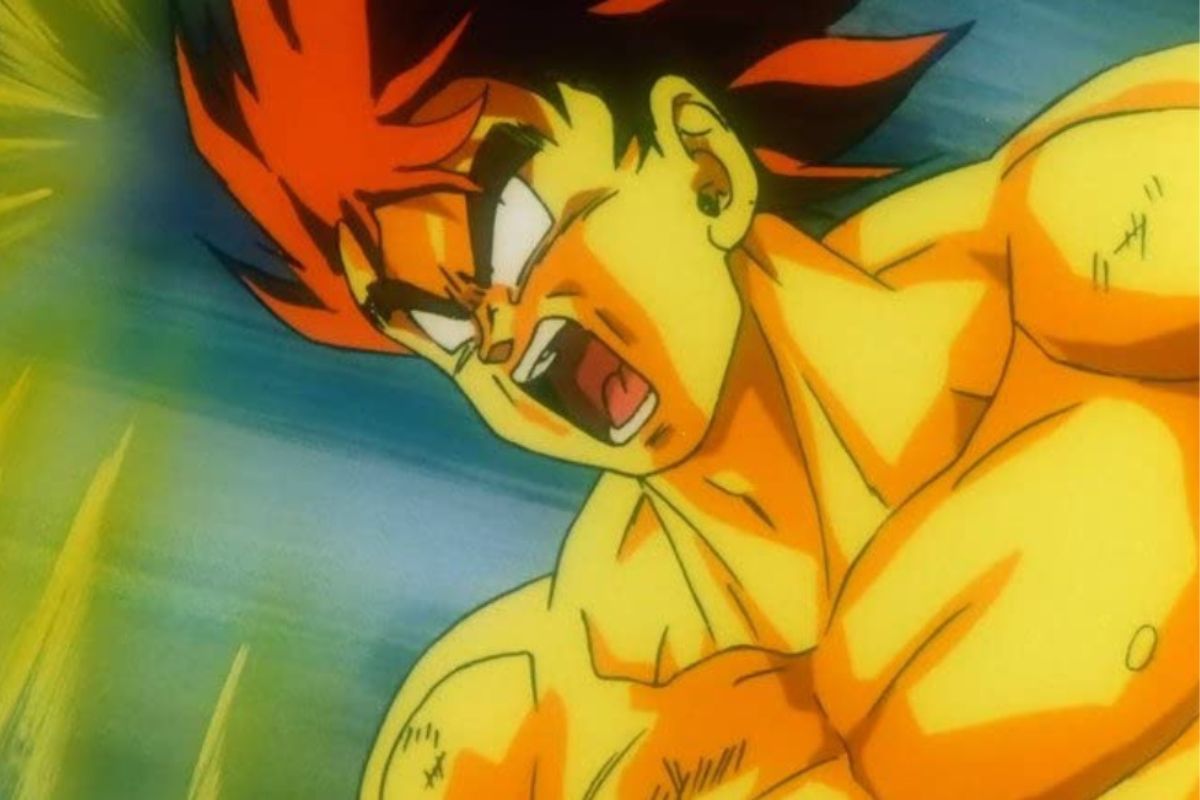 Do you know in the entire Dragon Ball series, including Dragon Ball-Z, Super, Super Heroes, and Xenover, Goku is the only one who comes to the stage of transforming into a false Super Saiyan in the movie: Dragon Ball-Z: Lord Slug?

In this form, Saiyan cannot judge what is good or bad; the only thing they know is to fight and destroy anything that comes up in their way, and it is hard to get back to standard form from this stage because this form comes from intense Saiyan rage and emits an immense amount of Ki from their body. 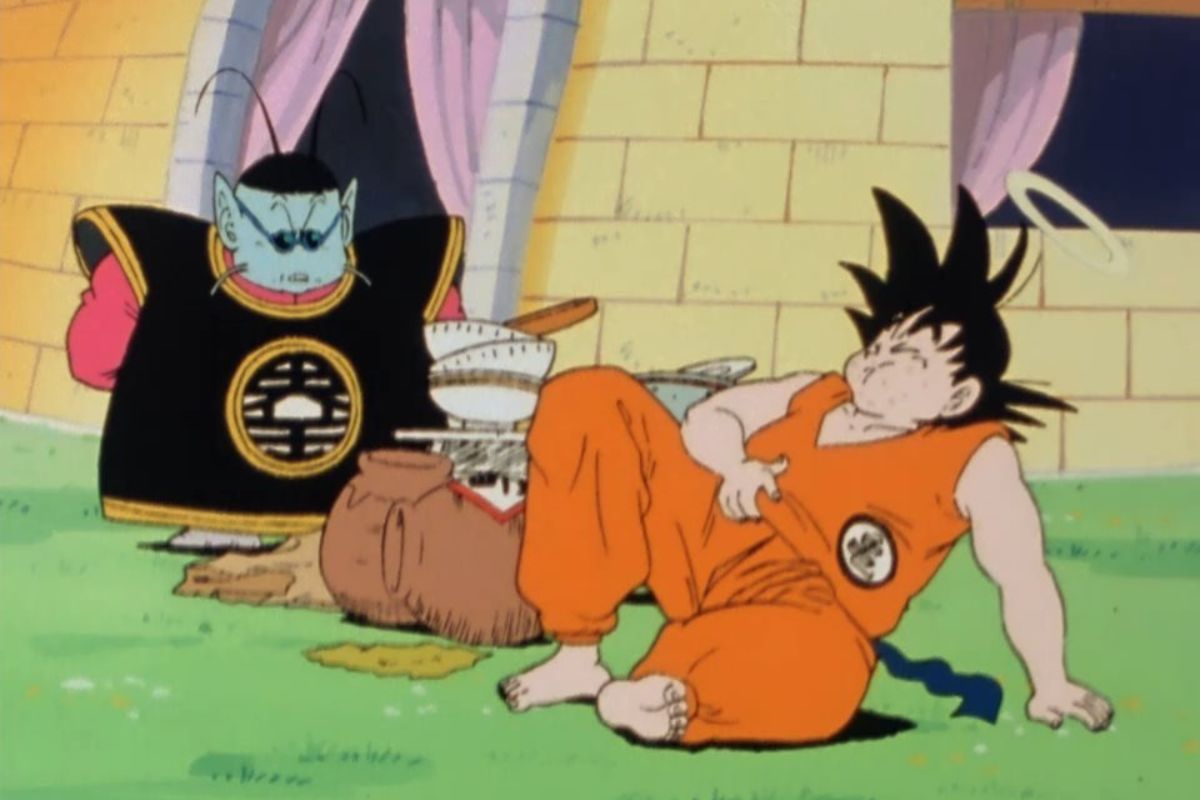 Goku never returns from training, constantly challenges his limits, and always goes beyond his potential, even in everyday life. Whatever he does, he always finds a way to train himself physically and mentally and tries to achieve a new form of technology that helps him during his battle.

If you have seen the Dragon Ball: Super series when Whiz tells him about the Ultra Instinct form, which was not attained even by the Gods of Destruction Goku mastered him during the Tournament of Power because he trained himself mentally when he returned from the planet.

Beerus, after even attaining the form of Super Saiyan God, emits fire Ki from him. His hair color turns red, Super Saiyan blue emits Blue Ki, and his hair color becomes Blue. He wants to be the best of all in the universe without having a desire for anything.

Brotherhood between Vegeta and Goku 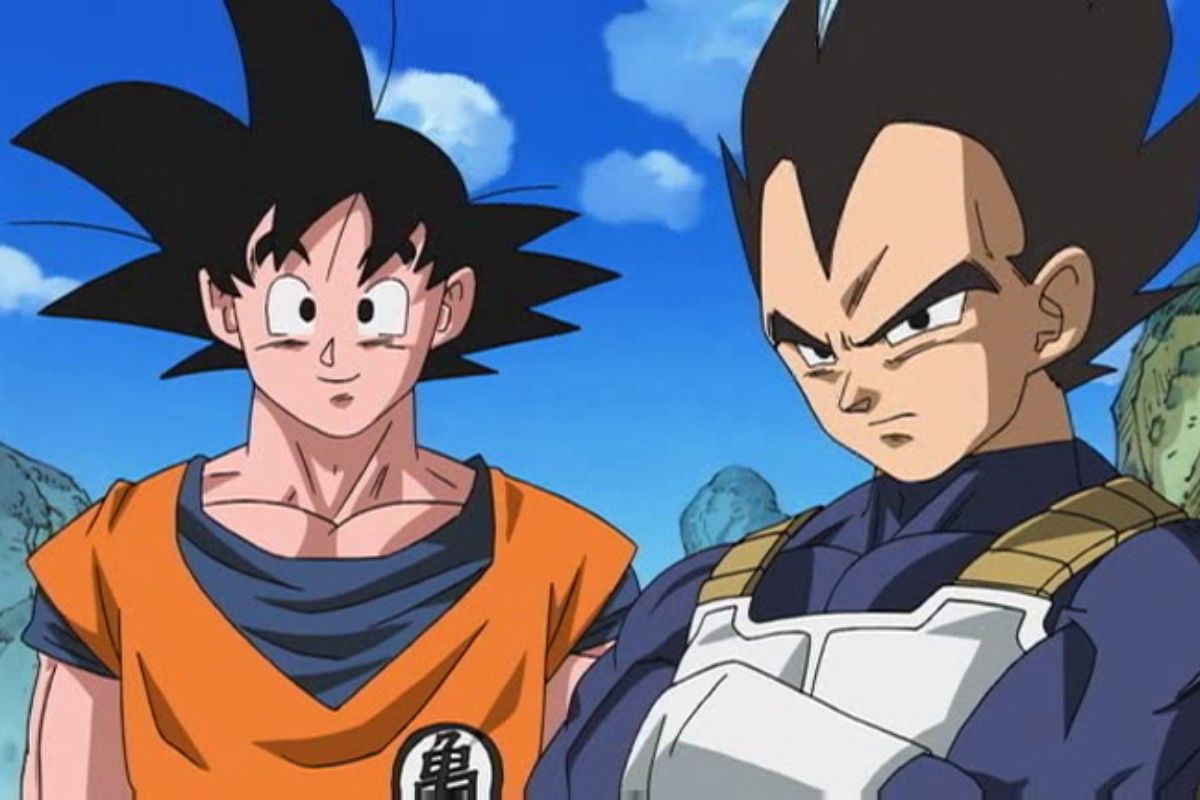 Do you know that Vegeta, the king of all Saiyans, is the elder brother of Goku by blood, according to the Saiyan race?  Well, in the 24Th Episode of Vegeta Saga aired in Japan on December 13, 1989.

However, Goku denies being his brother of him because Vegeta and his soldier Napa was so cruel that they vanished the whole city and even injured his son and his friends on earth, but in the future, after defeating Freeza, Goku returned to earth he drew a hand of friendship towards Vegeta.

Vegeta and Bulma: Love and Loyalty 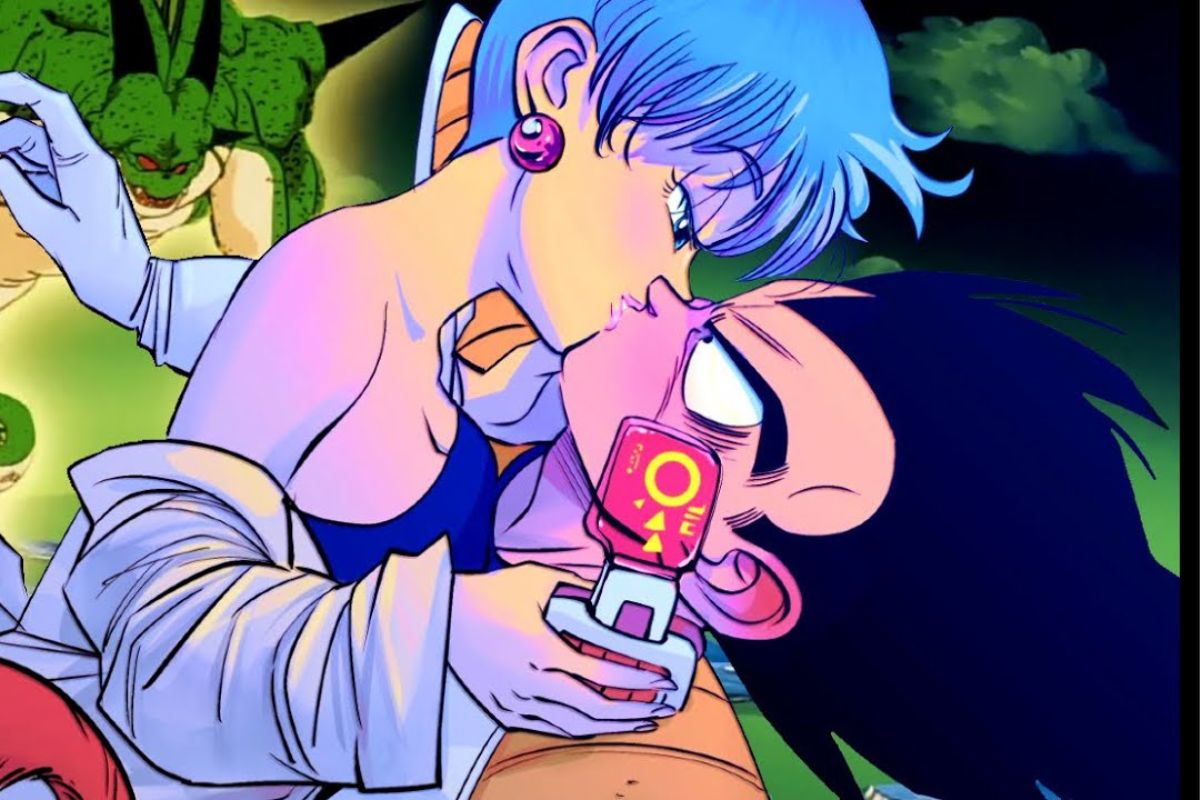 Vegeta considers himself always a prideful and elegant Prince of all Saiyan races. Still, he is always there to protect not only the earth but his wife- Bulma, and his family from any danger from space.

If we talk about all the Saiyan races in the past, then no Saiyan was loyal to their wife except for Goku, Gohan, Gotan, and Trunks; even King Vegeta was not faithful to his family and his Kingdom.

Prince Vegeta is hard to understand, but he loves his wife so much and can do anything for her though he took the fight against Lord Beerus in Dragon Ball Super: The movie.

If we talk about Bulma, you can watch Dragon Ball-Z, Dragon Ball: GT, and Dragon Ball-Z: The Battle of Gods, and you will get to know how much Bulma loves Vegeta and always helps him surpass Goku.

ALSO READ: 20 manga shops in New York that every anime fan in the USA should visit