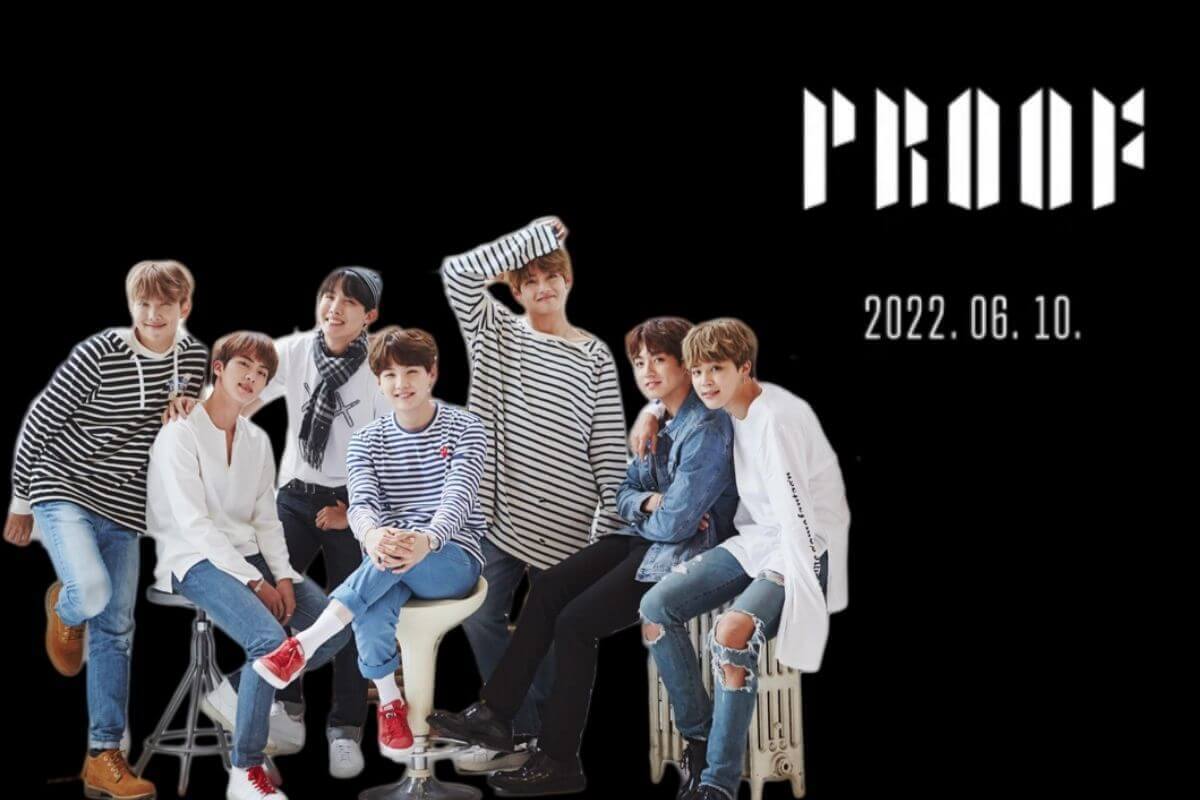 BTS’s 2022 album titled “PROOF” will be released in June 2022. According to official reports, the seven-member boy band revealed the album name with a five-minute video live-streamed on their official Youtube channel, and also shared by Bighit on their Twitter handle.

We finally have more information about BTS’s new album, and today, we also saw the album name. BTS has been teasing its fanbase with a possible new album for the last two months. The group also hinted about the album in their BTS CONCERT IN LAS VEGAS, and since then, fans have been eagerly waiting for any official reports from the music label.

Between 2021 and 2022, BTS has been all over the news, and the group has accounted for itself as one of the biggest boy bands on earth with multiple awards, extravagant performances, and brand endorsements. Now, BTS fans, AKA ARMY, can look forward to tons of new songs, video performances, and new records that are on the verge of breaking again.

RELATED: Who Is The Most Popular BTS Member Worldwide?

There is no second-guessing why the group labeled their next album as “PROOF.” We have seen BTS members using the word PROOF in their interviews, concept videos, song, and lyrics. Now the group finally owns the name with their next album, set to release on June 10th, 2022.

The concept video is almost five minutes long, and it shares plenty of information about the concept of the album and what ARMY can expect from it. For starters, the video starts with a former BTS concept, which was based on being bulletproof or untouchable. It also brings back the street style era of BTS during their early albums.

PROOF will be an anthology album consisting of a total of three CDs and three new tracks. Along with that, BTSs music label “Bighit” also shared some insights about the album concept on Wevers. The label shared a post stating that “PROOF” will be solely based on BTS history and how these seven boys have been active in the idol industry for nine years. The album will also share profound insights about their past experiences while conceptualizing each member through songs and videos.

There were several hints and hidden messages about the album throughout the video. For example, the video has several extended play albums and original albums named in chronological order, with a small teaser at the end of the video for the next album.

RELATED: BTS member siblings: who are they, and what do they do?

If you’re AMRY or want to give BTS a shot, since they are the top-rated boy band right now, you can pre-order “PROOF” by following the step-by-step instructions below.