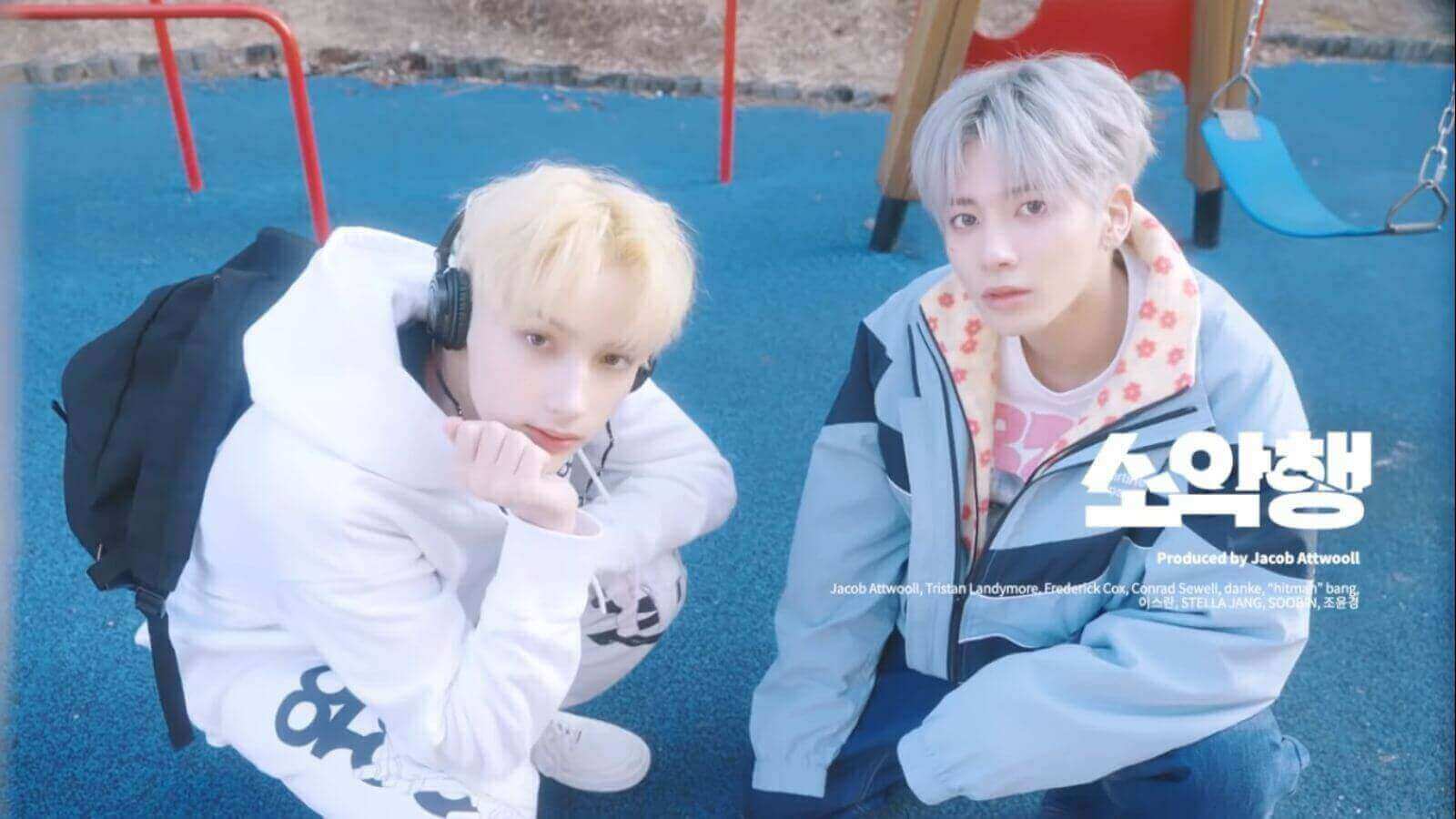 Tomorrow By Together under HYBE Labels has made a comeback on 31st May with their second studio album The Chaos Chapter: Freeze.

After their Dream arc which consisted of Star, Magic, and Eterninty, they have moved into the arc of Chaos which shows their transformation from boyhood to adulthood, and with that comes the harsh realities they have to face as clearly shown in their Concept Trailer: the theme of Fight, Flight or Freeze which is actually a natural response of your body to danger.

This album consists of 8 tracks:

Track 5: What if I had been that PUMA

The group’s title track expresses that in this world of zero(0) or chaos, ‘you’ that is the fans, ‘MOA’, are the one(1) and only for them. RM, the leader of the biggest boy band BTS, has taken part in writing the title track. Unlike any other of their title tracks “0X1=LOVESONG” is more of a rock sound and also forms the first collaboration of TXT with Seori as well as shows Taehyun’s newly-adapt grungy, growly vocals which brings more emotions into the song.

“Anti-Romantic”, the first track is a ballad with an R&B-infused base. Unlike “20cm” from The Dream Chapter: Magic, “Anti-Romantic” is more of pessimistic nature. If one sings of innocent love then the other ditches the ideas of rom-coms and love songs altogether.

A third of the album, “Magic”, is the group’s first full English song which is a playful pop number and dedicated towards their fans ‘whose magic thaws their frozen hearts’. It is intended to be a gift for their international fans.

Soobin took part in the creating of the fourth track “Ice Cream”. This is a funk-pop song that serves as nostalgic childhood memory but the sweet melodies sugarcoat a darker message, which is hinted in the Korean title. The song is obtaining small happiness that comes from certain mean thoughts.

“What if I had been that PUMA” is a heavy-bass number that hints at their previous song “PUMA” from The Dream Chapter: Eternity. This track uses a heavy dose of autotune which may not suit the taste of many listeners who have a particular disdain for autotune. Yeonjun, Beomgyu, and Taehyun took part in the creation of this track.

Penned by all the members except Soobin, “No Rules”, is the most up-tempo song in this album. This track is a merging dance-pop with funky guitar riffs and also serves us with a killer choreo. This song connects with another song that is “New Rules” from The Dream Chapter: Magic.

“Dear Sputnik” produced partly by Hueningkai is TXT’s most experimental song till now which offers us more alt-rock and pop-punk sound. This marks Hueningkai’s first time attempt in production who aimed for a ‘carefree and moving vibe’ when working on the track. Aside from that Taehyun also took part in writing the song.

Last but not least is “Frost” which is described as hybrid pop with cheeky, chappy one-liners and a clinky base. Taehyun’s demi growls aided by the rest of the members’ harmonies make a clear standout vocally. Yeonjun took part in the writing of the song.

This album brings to us a new TXT with different and experimental sounds from the ones we have heard before. This also marks their contribution to their albums and we look forward to seeing more of their talent through songwriting and producing. This lead to the growth of TXT one more time and we can not wait to see them spread their spectrum and dive into more musical genres and break the barriers to bring to us their amazing works.