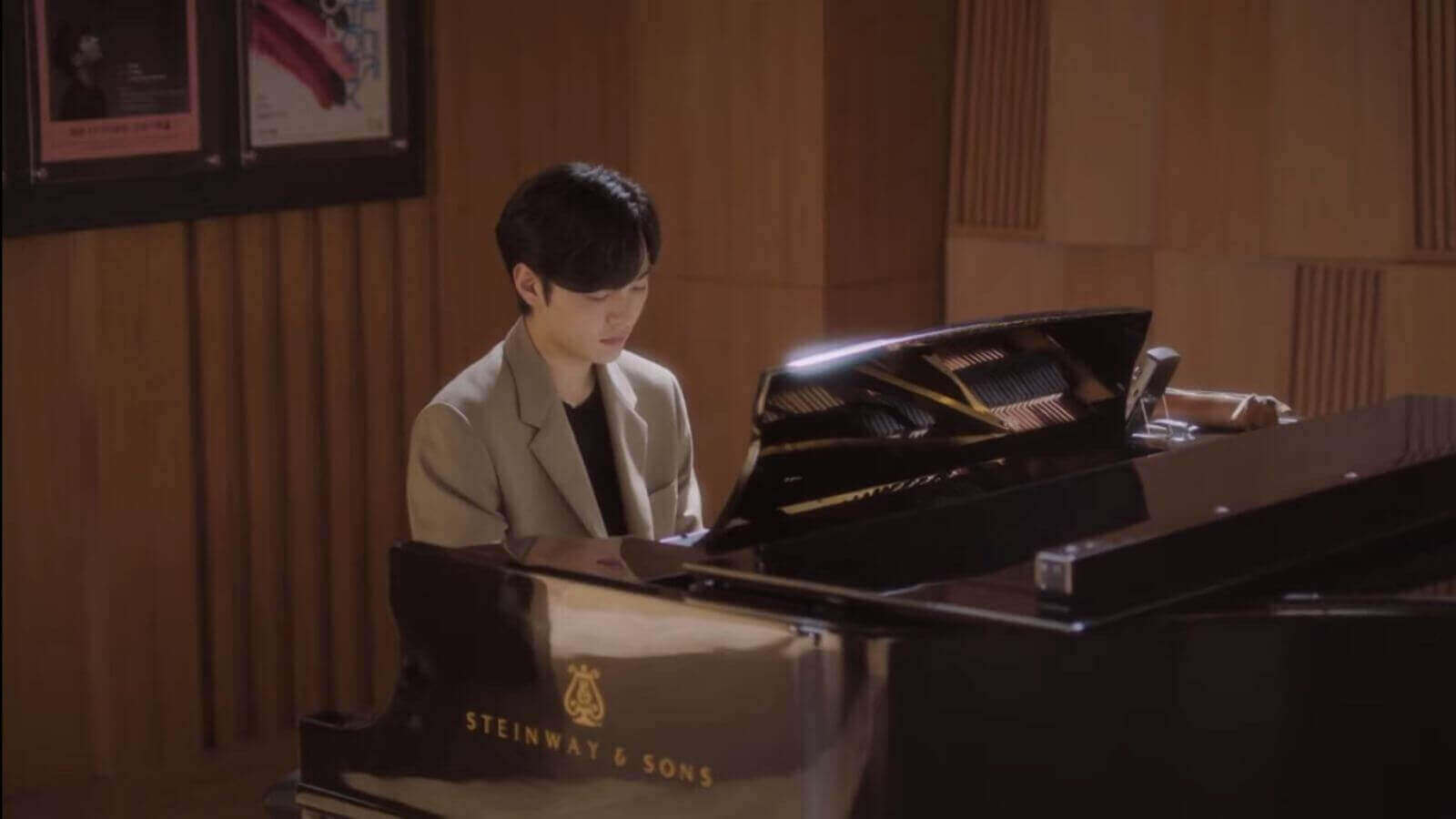 A drama on classical music is not unheard but Do you like Brahms? is a welcome change for many viewers. Its realistic depiction of people pursuing classical music to achieve their dreams has made a loyal fan base for itself. It has also paved a new direction for mainstream K-dramas.

Do You Like Brahms? was broadcasted from 31st August to 20th October 2020. The story revolves around Chae Song-Ah played by Park Eun-Bin and Park Joon-young played by Kim Min-Jae, students at a prestigious university for music. Chae Song-Ah (Park Eun-Bin) is a violin major who joined the university at an older age. She is struggling to perform academically well. Whereas, Park Joon-young (Kim Min-Jae) is a world-renowned pianist who is finding it difficult to stay content as he plays the piano. The other characters are Han Hyun-ho (Kim Sung-Cheol), Lee Jung-Kyun (Park Ji-Hyun), Yoon Dong Yoon (Lee Yoo Jin), and Kang Min Sung (Bae Da Bin) who are childhood friends of the two central characters; they are also musicians.

The story slowly unfolds the relationships between the central and supporting characters. The drama shows how their lives are intertwined in many ways beyond music, friendship, and love.

How is it different from other Korean dramas?

Writer, Ryu Bo-Ri wrote the story of this drama taking inspiration from her own experience as a student of music. This is Ryu Bo-Ri’s first full-length drama for which she has taken extensive efforts to deliver a meaningful message that the viewers must understand for themselves.

Unlike other k-dramas, this drama is slow-paced and is meant to be absorbed gradually and steadily. What sets it apart from other fast-paced dramas is that it attempts to show how difficult it is to be a successful musician without all the mainstream tropes that may villains, toxic relatives, and so on.

The drama focuses on how the expectations of society, family members, institutions affect individuals. The struggle of the central characters is the struggles faced by most youths all over the world.

Another beautiful aspect of the drama is the use of classical music pieces to portray the relationships of the characters. It was very unique. The title of each episode is a phrase/term used in classical music which reflected the central of the particular episode.

Was the drama successful in delivering its message?

The writer’s attempt to make it a wholesome drama has been successful to some extent but lacked in some ways. The slow pace of the drama may deter many viewers from continuing as there is no clear direction of the drama. Its soft, mellow nature may discourage viewers to genuinely see the message that’s in its story.

A clearer direction would make it more interesting. The success of the drama heavily weighs on the efforts of the main actors. Actors, Park Eun-Bin and Kim Min-Jae took special efforts to learn their respective instruments for the drama. Park Eun-Bin had mentioned in an interview with Soompi, that she had learned violin before, making it easier for her to relate to the character. Kim Min-Jae on the other hand practiced playing the piano specifically for the drama.

Despite the difficulty level of each musical piece, the viewers will be shocked to know that he played most of the classical pieces by himself. The efforts put in by the actors can be clearly seen in the drama and is praise-worthy.T he chemistry between the main and supporting characters is also worth a mention. Both, Park Eun-Bin and Kim Min-Jae won awards for their roles at the SBS Drama Awards 2020.

The drama is very different from mainstream Korean dramas but clearly shows that Korean dramas are evolving with time and they are doing it for good reasons. This drama was successful in creating a loyal fan base and new classical music lovers. Many of the fans found the drama worth every minute. Its comfortable pace to show character growth and story development is an added bonus.

Do You Like Brahms? pays homage to many famous classical composers. Adding elements of music to show the lives of simple people makes it a wholesome drama. It is available on multiple streaming services such as Netflix, Viki, and Youtube.