BTS member siblings: who are they, and what do they do?

It’s no surprise that BTS is the most popular boy group right now. Given their hard work, creativity, and passion, it’s only right that they have the recognition they do and a huge fanbase.

Although their fans, ARMYs, will argue that no award is enough to sum up the comfort Bangtan Sonyeondan brings them. And they’re right. BTS is more than just a K-Pop group, and they have proved this multiple times with their actions.

ALSO READ: BTS is having a world tour in 2022, while TXT and ENHYPEN are preparing for offline concerts

But always being in the limelight has its cons. K-Pop groups aren’t offered a lot of privacy, and BTS is no exception. Naturally, people want to know everything about them; this ranges from their high schools, hobbies, pets, and family members.  This article will go over all the siblings of the BTS members and what they do.

The eldest member of BTS has an older brother named Kim Seok-Jung, born in 1990. Although not much is known about Jin’s family, it is known that his brother attended The Wings Tour with his girlfriend as VIPs.

Jin has talked about how his brother supported his success and career and has been an emotional rock for him all these years. Seok-Jung married his girlfriend Kim Ahreum on 8th August 2020, and Jin hosted the beautiful ceremony. RM and J-Hope were also present and congratulated the happy couple.

On 27th July 2021, Seok-Jung posted a picture of an ultrasound on his Instagram captions “Hi, take care of me!” indicating that they were about to become parents! His wife commented, “Butter, please grow healthily,” which shows that they have followed the tradition of “Tae-Myeong” and given the fetus a nickname.

Soon after, Seok-Jung replied to a comment and let the world know that Seok-jin was the one who named the baby Butter after their hit single that was number 1 on the Billboard Hot 100 for nine weeks.

Yoongi’s elder brother has also attended their concerts and The Wings Tour. Although Min Geum-Jae likes to keep his life as private and away from social media as possible, he made an Instagram account under the handle @goldjay89.

He has shared adorable pictures with his brother and many of their dogs Holly on the account. However, due to some incident with ARMY’s a couple of years ago, he has since deactivated the account.

Probably the most well-known of the BTS siblings, J-Hope’s older sister, Jung Jiwoo (also known as Jung Dawon), is an established social media influencer and the owner of the successful clothing brand MEJIWOO.

Her brand shares the name with her personal Instagram @mejiwoo103, where she has a whopping 11 million followers. She could easily pass as a fellow idol with such a large following and her beautiful looks.

Jiwoo is a creative entrepreneur who not only promotes her business online but also models her products, influencing millions with her fashionable outfits and pretty photos.

J-Hope always supports his sister’s business by adorning her brand’s clothes. You won’t find another brother-sister duo this beautiful and talented.

Kim Namjoon’s younger sister Kim Kyung Min has managed to stay entirely private, but she is rumored to be just as adorable as her older brother.

Although not much is known about her, RM has mentioned Park Jimin as the member he would be most likely to introduce to his sister.

Again, not much is known about Jimin’s younger brother, but some speculate that he looks like pre-debut Jungkook! Jimin is also often seen treating the group Maknae as his younger brother.

A glimpse of Park Jihyun can be seen in Jimin’s beach vlog in Busan.

No photos of Taehyung’s siblings have surfaced on the internet, but it is a safe guess to assume that they look just as beautiful as their brother. V holds his family in very high regard and always thinks of them.

A picture of his dad in his younger years (pictured below) went viral, and he looks exactly like his idol son. This goes to show that good looks run in the Kim family.

The multi-talented maknae’s older brother, Jung Junghyun, isn’t active on social media now, but he had an Instagram account which is currently deactivated.

Regardless, he has always shared his support for his brother’s band as his Instagram was full of digital art, including some BTS fanarts.

It’s safe to say that artistic talent runs in the family as Junghyun is also very skilled. The band’s official Twitter account has even shared a Simpson’s fanart of BTS, which Junghyun drew.

Apart from this, the only legit photo of the jeon family is when they went on an outing together.

There’s a lot more to know about the siblings of BTS, and we all hope they feel comfortable enough to share their lives with the public. Till then, let’s respect their privacy and support the boys in their future endeavors. 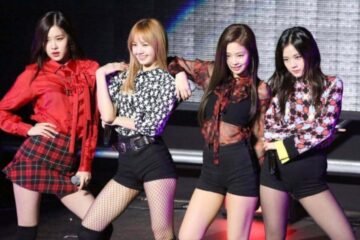 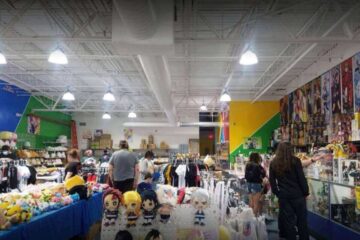 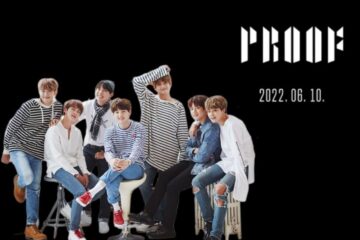