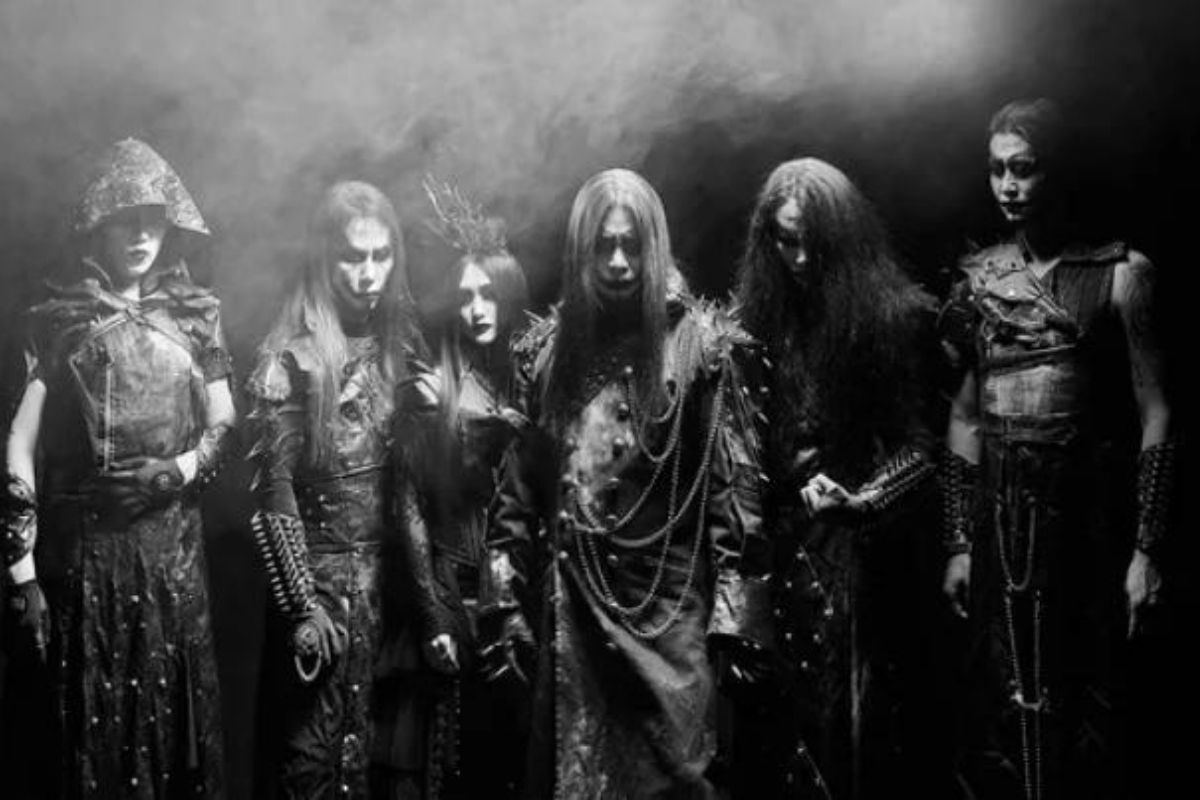 “If music is the food of love, play on.” When writing these immortal words, I do not think William Shakespeare was thinking about heavy metal’s aggressive music and head-banging beat. Almost every country that would be fun to visit has its take on metal. Today we will be taking a deep dive into the metal bands of our neighbors to the East, South Korea. So without further ado, here are Korea’s top ten heavy metal bands.

Dark Mirror Ov Tragedy is a gothic/heavy metal band formed in 2003 consisting of 6 members, Material Pneuma (vocal),  Confyverse (drums), Reverof (bass), Senyt (guitar), Genie (keyboard), and Zahaquielare (guitar). Their sound is reminiscent of western gothic bands such as Nightwish or Paradise Lost. In other words, they are gothic and will rock your socks off.

The oldest brand on this list, Diablo, was formed nearly 30 years ago in 1993. Most of their songs are in English, making them more easily accessible to an international audience. They are hard to classify into one genre of metal, but if you had to, their closest influences are nu-metal and groove metal, a more melodic genre of metal. They have been in the metal scene for 30 odd years and have gained the respect of other Korean metal bands as well.

Taking their name after a Korean version of a goblin or nature spirit that uses a club as a magic wand, which is already metal. The band seems to draw most of its sound and inspiration from thrash metal and is as energetic and get out of your seat and mosh kind of vibe to their music.

ClownUs is not a Korean Juggalo offshoot (thank God) but a pretty heavy metal band that takes its inspiration from symphonic and death metal. The band has gained international notoriety from its cover of Evanescence’s “Bring Me to Life.” The cover really does take full advantage of the operatic death metal the band is known for.

Gostwind is a bizarre amalgamation of two musical genres one would not have thought possible. Folk metal uses several wind instruments to harmonize with its driving beat perfectly.

Visual Kei is a subgenre of metal originating from Japan, with the band members decked out in dapper outfits and sexy ones. Madman’s Espirit ma look they walked out of a fashion week, but their sound is hardly tame and composed but is raw and angry as any band of weirdos can be.

Victim Mentality is one of the bands that came out of the hair metal renaissance and US bands like Steel Panther. Their catchy hooks and driving riffs set them apart from other subgenre bands. They have recorded that Korean people do not understand their music or look, which could be easily mistaken for a band out of the 1980s.

Bursters are an industrial metal band meaning lots of heavy instrumentations and synthesizers. They have also written slower songs such as “Wherever you are” for those who might not be into all the screaming

Swig666 seems to be able to produce the metal version of popular Korean songs such as PSY’s “Gangnam Style.” Swig666 manages to show an emotional touch that fits with a typical Korean rhythm, and It looks like their career path will be hopefully long and influential.

In the beginning, I know I said Korean bands, and yet here I am cheating, but it’s my list, so shut up. Babymetal is a Japanese kawaii metal that was formed in 2010 and consisted of Su-metal (vocal and dance), Moametal (scream and dance), and Yui Mizuno (scream and dance), in the original lineup with the concept of creating a fusion of the heavy metal and Japanese idol genres of music.

Babymetal has undergone various lineup changes as the members grew older and “graduated” into other acts. They are the most internationally recognized metal act from the far East, even for non-metal heads. The band released their self-titled album in 2014 and has never looked back, collaborating with heavy metal titans such as Sabaton.

And there you have it, a brief look into the booming metal craze of Korea (and Japan). Who knows, with the right tunes and looks, these bands may soon conquer the metal world. If that happens, remember where you first read about them on Otakusmart.