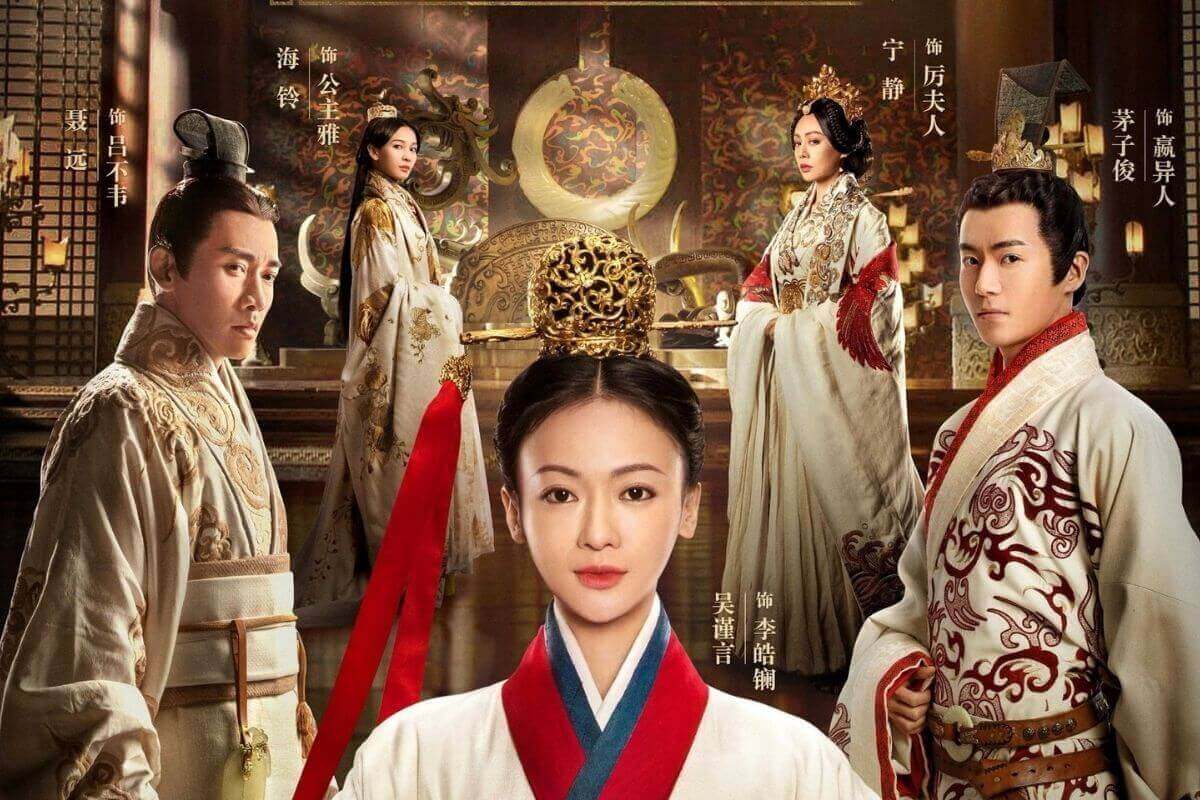 2021 has ended and so have the Chinese historical dramas from this year. In this winter season, everyone is sitting in their homes under blankets to process heat and warmth in their bodies. Sipping hot chocolate, tea, and coffee along with lots of gossip with friends and family.

Also Read: Top 5 Historical South Korean Dramas You Should Watch At Least Once

But you know what else is missing? If you stan ancient storylines and shows, we’ve got the best recommendations for your craving. Chinese dramas stay at the top of the line because they depict history and costumes and deliver mixed feelings and experiences.

In this article, we are going to look at 6 of the globally admired Chinese Historical dramas which are surely going to your binge-watch in 2022.

This War-themed TV series is the best for those who seek massive action and a thread of politics in shows directed by Patrick Yau and with the main cast of Ma Tian Yu, Elvis Han, and Dong Jie.

The storyline follows an emperor who has twin sons named Liu Ping and Liu Xie, who get separated. The one under inheritance of the royal family later proceeds to take on the throne under royal accounts. At the same time, the other remains to live like a common person.

Despite the differences in their growing ways, where Liu Xie is raised by his grandmother and Liu Ping by a commoner named Sima Yi, they both seem to be interdependent after reuniting as adults.

In the meantime, war breaks out in various parts of the kingdom, where they both get called by the Emperor to protect from any further damages and defeat Warlord Cao Cao.

Give it a watch to see how both brothers approach to defend their lands with the help of Sima Yi and Empress Fu Shou.

Those who love tragic and suspenseful love stories are surely going to admire this one. With a plot set in historical periods, the series is adapted from a novel written by Shi Siye.

The story picks up with Qing Chen, an enchantress possessing healing abilities, among the magician’s elite group who guard the majestic brood ruling the kingdom.

As the story follows, Qing Chen falls in love with the royal Prince, Yuan Ling, which creates a rush of rejection across the elite group.

They forbid having any connection with any member of the royal family. To avoid all the internal disputes from even happening, Yuan Ling patiently waits to become the King of the throne to marry Qing without any hindrances and rebels.

However, the Emperor’s own brother seeks to bring the war to take over the throne. Can she succeed in keeping the new Emperor safe from certain death?

Will she be able to prove her love and marry him? Well, when you’ll watch, you’ll find the answers yourself.

A bittersweet love story with a pinch of every factor which will keep you giggling and blushing all the way through the episodes.

Altered from the novel “To the Sky Kingdom,” written by Tang Qi, it is about the Evil falling for an Angel. Sound like a fairytale? Well, it might be, but the scenes will leave you oppositely astounded.

In a failed attempt to seal the Evil Lord, Goddess Bai Qian lost her memories and was sent to the Mortal world to retrieve her powers.

She finds herself deeply in love with Ye Hua, who also loves her back in the new world. Time and fate bring Bai’s memories and immortality back. She later denies showing affection to Ye Hua because of many indifferences.

Will Ye succeed in achieving Bai’s love and affection again? Will she accept him and his love? Get to know the final routes and conclusions by streaming the episodes today.

Young warriors prove to be fierce and undefeated in their proceeding lives. Meng Fuyao mastered an unyielding fighting technique at the age of 16, which later helped her bring back peace to the people and lands.

As the story picks up, Fuyao takes on quests to collect valuable and secret charms from five different realms to acquire her entry into Firmament, sacred land.

On her quest, she falls in love with a Prince named Zhang Sun Wuji, who then assists her in tackling enemies and obstacles.

She is determined to bring peace to the land. She is equally eager to unveil the conspiracies behind all the mess and acknowledge the truth.

Accompanied by friends, it is a great show to watch.

Physical trauma scars people till the end of their lives, both actually and metaphorically, but Qi Xue used her pain to convert it into the source of her powers.

Being abused and exploited in a brothel which breaks her inner self and spirit, she discovers a new city where she is welcomed under a new and distinct identity.

She proceeds to become a trained assassin and leaves behind all her painful memories. Taking on stealth and calculated dangerous missions, which endangers her own life sometimes, she is overwatched by a strange and mysterious man named Chang An.

She finds herself tangled in an intrigued trap undergoing various deadly missions and revealing mysterious and staggering conspiracies.

With the timeline set in 4th century China, the storyline begins with a war between the Northern Wei and Southern Liang regimes.

General in Chief of the Southern Liang- Lin Xie, brings his only son Lin Shu, who is just 17-year-old, to wipe off the Wei army.

However, when the political mistrusts, and rivals take on the General, it results in the death of almost 70,000 comrade soldiers. His son Lin Shu manages to escape the warzone with a fellow loyal subordinate.

After Twelve long years, Lin Shu is prepared to face the Northern Wei forces. With Jiangzuo Alliance, he is determined to counter the enemies of Chief Mei Changsu and bring back peace to the capital, his home, and to his people.

But with the enemy forces strategically defending themselves and mounting attacks on the capital, will Mei be able to defend himself and keep his allies and people safe?