What would happen if the world came to its brink? Have you ever wondered? Instead of having a utopian world, if you get the world where everything will end, or maybe you’re the one living after everything is destroyed. What would you do? How’re you going to manage and keep yourself calm?

Actually, no, it’s not. You may not be at the world’s end, but you’re, of course, alone in this vast world – the world that may end, according to scientists. Therefore dystopia is not something very unrealistic; it is a concept that popped out of the real issues.

The movies and series, therefore, allow us to watch those gloomy situations and make our own way of dealing with the issues. And you – don’t be disheartened. Because being an otaku means you are not deprived of it, you, too, are lucky enough to have the opportunity. Here is a list of the top 7 dystopia-based anime like Cyberpunk: Edgerunners that have to be on your watch list. 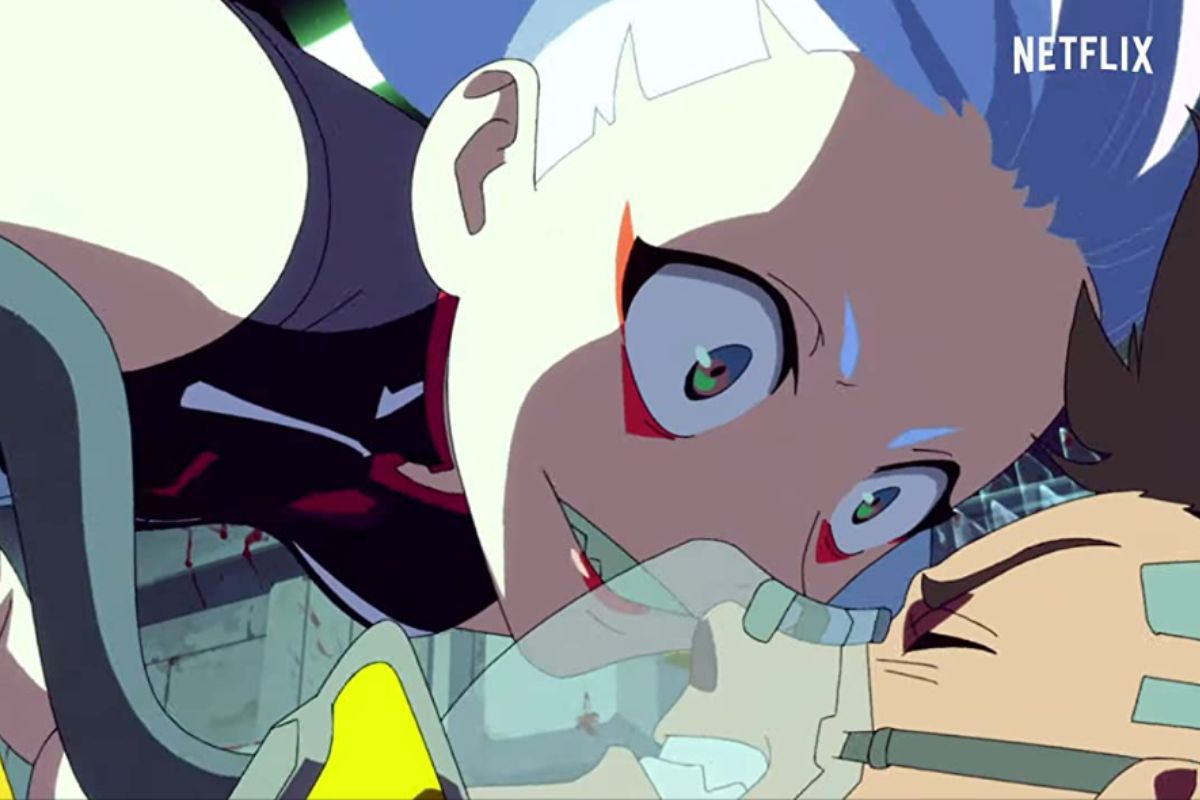 Even being attacked for its title and context, Assassination Classroom didn’t stop. It continues to go on with its theme. The show is about an octopus-like alien who tries to destroy the world. Arriving on earth, he poses as a school teacher and gives the students the task of killing himself.

Throughout the series, the students try to kill him and fail numerous times. Therefore, because of this dark theme, the show was attacked many times, but even with its cons, it depicts how the students bring the children out of the dangerous situation and save the world from destruction.

Although it’s convicted of depicting stereotypical characters, having a quest for supremacy, and negative art design, even for female characters, Dr. Stone takes us to a world where humanity was petrified.

It is scientific genius Senku and his brawny friend Taiju who are assigned to rebuild the process of civilization. He faces opposition and many problems, yet he doesn’t fail to shower his love to bring humanity back.

Having a female lead in a post-apocalyptic, dystopian future, this show falls short with apt characters and fights. But this show overall was admired by many viewers because of its female protagonist having accepting characteristics (not being hypersexual) and the protagonists not focusing their purpose on lovemaking and pondering on the vital tasks of the world.

Here, Mayer is assigned the duty of finding out the murderer. The show continues with her effort to find out the truth and fulfills her assigned task.

On the terraformed Mars, the iron-blooded orphans surviving a disaster follow the exploits of a group of juvenile soldiers. The show is about their attempt to return to earth and rebel against the oppressive government that betrayed them.

Apart from the otakus in general, this show must be watched by the people to be aware that people, most of the time, get involved in the nasty politics of the government or the story about the sociopath or the revolt for the independence of Mars.

The theme of Gibiate is something very alien to us. However, what marks Gibiate different is its attempt to rebuild the world and cure the people so that humanity would be restored in a world where people are turning into viruses.

This show for real-life people is more psychological in nature as the motive behind the show is to bring back the concept of humaneness in humans that are lost and, even at present, gradually decreasing.

This show is not accepted by the masses and is claimed to become dull at any point.

In another female lead show, a high school girl, Yuri, is found to be trapped in a strange world where she, like other dystopian protagonists, tries to rebuild the world by bringing humanity back to the world.

This show is again attacked for its portrayal of female characters as hypersexual. The show is said to present voyeuristic characters and slasher scenes that can be easily avoided.

The Autobots and the Decepticon struggle to return to Allspark. The race ends up on a strange planet with the present and future clash. In the end, the past, present, and future collide, and they start their life on Allspark.

Transformers suffer from having non-union voice actors as the crew. The show was also accused of being dark, intense, and like a toy commercial.

In this anime, the character gets trapped in the games, and their decision while playing the game matters the most, the faculty of which can even take one’s life.

He experienced the death of many people, including his close friend before him. He, therefore, fights to get out of the trap and save other people from dying.

The show has earned a lot of fame and yet suffers from drawbacks like any other dystopian sci-fi. The sexual assault on the female character in the show disgusted its viewers because of its repetitive nature.

The show was also attacked for presenting the same isekai genre.