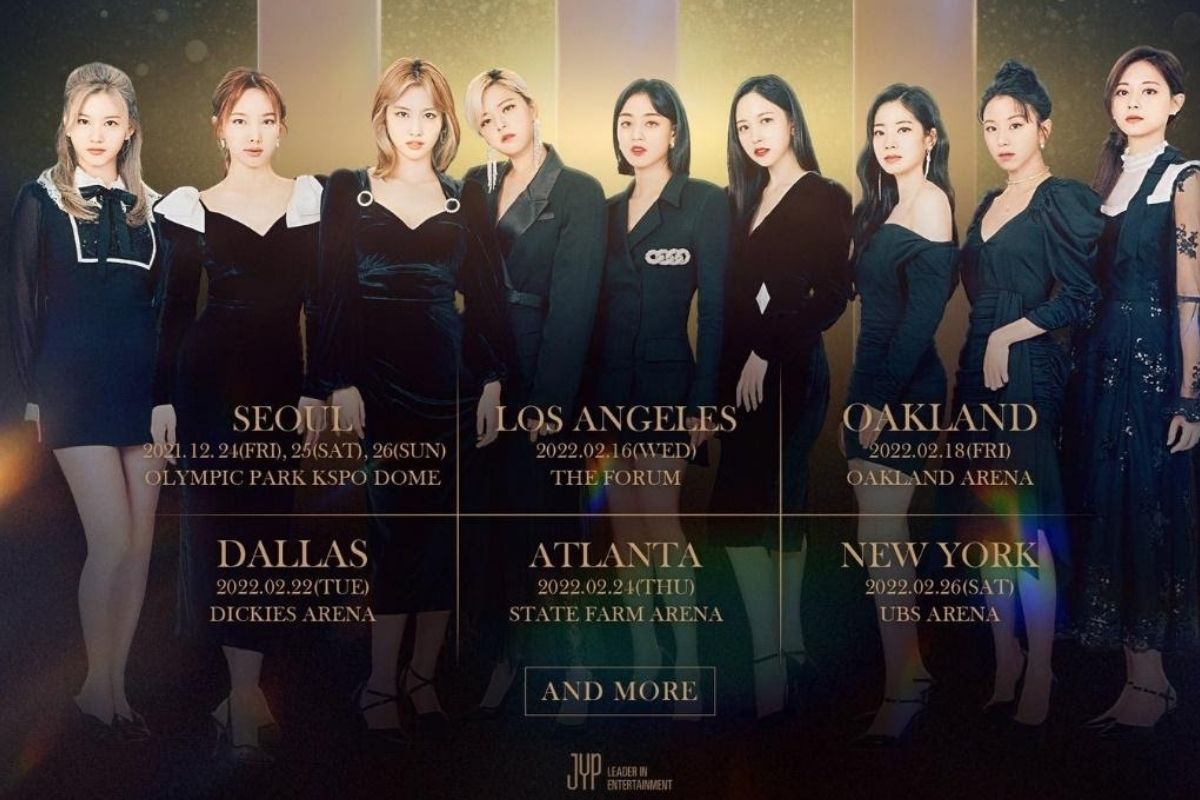 K-pop world tours 2022 are here. Since 2021 ended with no KPop concerts at all, some of South Korea’s hottest K-Pop groups have announced their plans for K-pop world tours for 2022, including locations in North America and Europe.

K-Pop has risen in popularity across the globe over the decades and many K-Pop groups have grown a large international fanbase. It was not often that world tours would include countries outside of Asia as most Korean agencies tend to cater to the Asian market, especially South Korea, Japan, and China.

It is evident through the international praises to EXO, BTS, BLACKPINK, TWICE, and more than K-Pop musicians can find an audience on a larger global scale.

These four K-Pop groups are some of the most popular groups in South Korea and they’ve all announced a world tour for the next year. Check them out below!

ATEEZ’s The Fellowship: Beginning of The End (kpop world tours 2022)

Many fans of ATEEZ, ATINY, have taken to Twitter to tweet that ATEEZ has sold out venues in under three minutes!

With the scare of Covid-19 many concerts and events were postponed or cancelled, including Monsta X’s North American tour. Have no fear as we share the good news, Monsta X is officially on their way to North America! For the months of January to February 2022, Monsta X will be making twelve stops across the United States as well as one stop in Toronto, Ontario.

Multi-national girl group, TWICE, has announced their fourth world tour! After teasing fans in the music video for The Feels, TWICE has officially given out the dates and locations of their world tour for 2022. Only six locations have been announced, including a three-day concert in Seoul and five stops in the United States. No further information was given about the “AND MORE” tease at the bottom of the poster, but TWICE’s fandom, ONCE, is hoping for more locations to be announced, especially for South America, Europe, and Asia.

NCT 127 has announced a world tour that will be starting with Seoul for three days in December 2021! It is to be expected for future tour dates in 2022 to include North America and Europe.  Stay tuned with NCT 127 on their official Twitter for more information on future locations and ticket sales!

That’s right! There are tons of speculation that boy group, Seventeen, are expected to go on a world tour as early as the first half of 2022!

No official information on locations or ticket sales have been announced by their agency, Pledis. Seventeen’s fandom, Carat, is going to have to anticipate just a little longer for official news to be released.

It’s truly amazing to see the hallyu wave touch the hearts of many fans all over the world. Which K-Pop artist are you most excited to see on tour?!