Kakashi Hatake is one of the most interesting characters in the Naruto universe. The copy ninja has overpowered some of the strongest villains throughout Naruto but still chooses to stay humble and down to earth

Among his list of powers and abilities, Kakashi’s Mangekyou Sharingan is the most talked about topic among Naruto fans.

In this post, we’ll look at how Kakashi got Mangekyou Sharingan and what powers and abilities he can use while wielding it.

We have already seen some of the influential Sharingan users in Naruto, and Kakashi Hatake seems to be standing among the top dogs in the Konohagakure’s Hatake clan.

One of the strangest things about Kakashi is how he possesses the Mangekyou Sharingan even though he does not belong to the Uchiha clan.

Given that only Uchihas are the proud owners of the Sharingan eye, Kakashi is infamous for being called the Kakashi of Sharingan.

RELATED: 12 Anime Characters who are worthy opponents of Saitama

How did Kakashi get his Mangekyou Sharingan?

During a Third Shinobi War mission, Kakashi received the Mangekyou Sharingan from Obito as a gift. In that timeline, Obita was a teammate and friend to Kakashi Hatake, who completed several missions during their Ninja training.

Before giving him his Sharingan eye, Obita activated Mangekyou Sharingan up to the second stage. After receiving the eye, Kakashi removed the Chidori disadvantages from his fighting style, and he was able to control his speed while performing Chidori.

After failing the mission, Kakashi returned to his village, and the villagers opposed the idea of a Shinobi acquiring Mangekyou Sharingan. However, the head of the Uchiha clan and the father of Sasake and Itachi allowed him to use the eye, all due to respect for his friend’s last wish. And that’s how Kakashi got his Mangekyou Sharingan.

Why does Kakashi hide his Mangekyou Sharingan eye?

You have often seen Kakashi covering his mouth with a black cloth and covering his eye by slighting tilting down his Ninja band.

While most non-Naruto viewers can see this as a fashion statement, there is a deep meaning behind Kakashi’s fashion sense.

The reason for his slightly tilted headband is to save Chakra.

All the Uchiha clan members used to unlock Sharingan using their Chakra, and they were able to control the powers of Sharingan according to their will.

However, Kakashi received the Sharingan eye as a gift, and he could not control it like how Uchiha clan members do.

Once Kakashi’s Sharingan eye activated, he was unable to change it to normal eyes, which could be why he closed his eye to block Mangekyou Sharingan.

To control its powers, Kakashi added a layered cloth in front of his left eye because the powers of Sharingan will not be activated in front of a solid wall or fabric.

So that’s the reason why Kakashi hides his Mangekyou Sharingan eye.

When did Kakashi activate his Mangekyou Sharingan?

We have to go back to the Third Shinobi War to answer this question.

While saving Obito from an enemy attack, Kakashi losses his left eye, and in the heat of the moment, Obito activates his Mangekyou Sharingan and defeats Taiseki.

To save Rin from the battle, Kakashi and Obito take her to a cave and saves her from Genjutsu; however, the person who caught her in Genjutsu arrives inside the cave and uses Earth Style Jutsu to block out the cave,

In the middle of all the tension, a rock falls onto Kakashi, and Obito saves him by sacrificing his life.

Obita pushes Kakashi to the side and comes under the rock, only to be killed by the pressure and suffocate. However, before dying, he asks Rin to transplant his Sharingan eye to Kakashi’s damaged eye.

Now, that’s all you need to know about the past, and coming to when Kakashi activates his Mangekyou Sharingan, here is the story.

After being revived by Madara, Obito goes out to help Rin, who is being attacked by the Hidden Mist Shinobis. After reaching the spot, Obito notices that Kakashi has killed Rin with Chidori.

Which is not true and only a misunderstanding between the three of them. Rin was made into a ‘3 Tails Jinnchuriki’ and was corrupted to attack the Hidden Leaf Village.

To save her village from the potential war, Rin jumped in front of Kakashi Chidori, resulting in confusion between Obito and Kakashi.

Obito has loved Rin since his Childhood, but after watching his best friend kill his lover, Obito activated the third stage of Sharingan, often known as Mangekyou Sharingan.

Since Obito’s and Kakashi’s Sharingan are joined together, Kakashi was able to activate Mangekyou Sharingan after Obito had triggered it.

How did Kakashi lost his Mangekyou Sharingan?

After the last battle and Obito’s dead, we haven’t seen Kakashi using Mangekyou Sharingan. He also picked up his headband to the middle, revealing that he no longer possesses the Sharingan eye.

However, Madara and Sasuke can still use the eternal Mangekyou Sharingan eye even after the death of their original owners. We have seen how Madara took out Kakashi’s Sharingan eye, but Naruto fixed it into a normal eye using the Six Paths.

So that’s why Kakashi cannot use his Sharingan eye/ 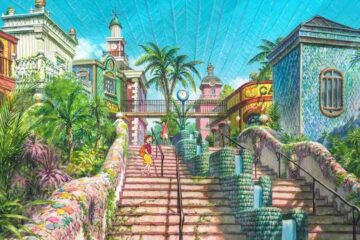 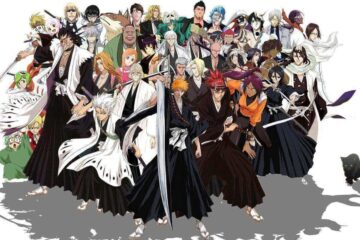 When we talk about the best anime series of the new generation then which anime comes to mind first? Is it Black Clover, Jujutsu Kaisen, or My Hero Academia? No, it’s one of the highest-earning Read more…