South Korea is the top name in music today, with bands like BTS and Blackpink at the top of music charts around the world. Their songs are upbeat and optimistic even if the listener doesn’t speak Korean.

The rise of k pop has been both a boon and a detriment to Korea’s movie industry. So here are 12 movies you might have seen or not; those deserve a re-watch or first watch, which are grittier than Zack Snyder directing a comic by Frank Miller whilst chewing handfuls of gravel. We hope you are not too lazy to read subtitles for a bunch of these movies:

This is science fiction, and a thriller melded into one movie. It follows the exploits of two girls who can communicate with each other via landline phones.

These phones are not indifferent where’s but rather different whens. One is in the year 1999, while the other end leads to 20 years into the future; this knowledge of what is to come greatly helps the girls prevent an accidental death of a parent and the death of another would-be murderer.

Originally to be released theatrically but was released on Netflix in November 2020 due to COVID Lockdowns.

When a mysterious Japanese man comes to South Korea to start fishing, after his arrival, there is a marked increase of people with skin conditions, violence, and seizures so hardcore it can break bones.

The Japanese fisherman was metaphorically fishing for people; you never know who’ll take the bite because randomness leads to chaos.

The movie stars Kwak Do-won as Jong-goo, a policeman on the prowl to find a cure for his daughter, also afflicted with the curse, with Jun Kunimura as the Japanese stranger.

Right around when the entire populace had gone bored with the standard zombie trend, Train to Busan came out to break Korean records.

The movie centers around a father, Seo Seok-woo, a fund manager whose wife left him because of his selfishness, and a daughter who wants to see her mum in Busan for her birthday.

The night before, a biotech company just had an accident at the job, and now zombies are everywhere.

Even inside a speeding bullet train. The movie also raises questions of elitism as well as selfishness, as said by Ma Dong-Seok as Yoon Sang-Hwa, when the front passengers nearly left them behind.

As well as personal sacrifices for your group or others by trying to stem the tide of vicious zombies.

The Quiet Family is a black comedy horror movie set in a lonely country mansion.

The plot revolves around the titular family trying to hide the bodies of their lodge guests, who all die randomly at one point or another in increasingly ludicrous ways.

With the authorities trying to figure out what happened at the lodge, it is up to the family to remain as unsuspicious as possible.

In India, it was remade for Tamil as Yaamirukka Bayamey, Kannada as Namo Bhootatma, and Telugu as Next Nuvve.

Also Read: 29 Korean Dramas To Watch Before You Die

The film concerns a monster kidnapping a man’s daughter and his attempts to rescue her. The family arms themselves against local gangsters and forms a ragtag group to go save Hyun-Seo.

Unlike most monster movies, this film emphasizes the chemistry and bond of the family trying to save their daughter than conventionally on the creature.

Sympathy for Mr. Vengeance is a 2002 South Korean thriller directed and co-written by Park Chan-wook.

It marks the beginning of the Vengeance trilogy, a trio of movies directed by Park Chan-wook with similar themes of violent retribution for the main characters.

In Sympathy for Mr. Vengeance, a deaf mute named Ryu needs to find a kidney donor for his sister.

As he is not a match for the transplant, Ryu tries to exchange his kidney with black-market organ donors. He gets cheated out of a kidney, and the severance pays money.

He finally finds a compatible donor but does not have the money anymore. His anarchist girlfriend, Yeong – mi, suggests kidnapping the daughter of his rich former employer.

The movie’s climax features the deaths of Ryu’s sister, his girlfriend, and the little girl they kidnapped.

This movie is probably the most famous movie of the ‘Vengeance Trilogy. It retells the story of a Japanese manga of the same name.

The film follows the kidnapping of Oh Dae-Su, who disappears on the night of his daughter’s birthday.

He is kept in a hotel-type cabin for 15 years, where he studies boxing and tries to dig himself out of his room.

He is let go after 15 years and given a timetable to find out why and where he was held for such a long time. Chaos ensues when the riddle is pieced back together from High School to the present.

The fight choreography in this movie is second to none in terms of looking as real as possible and not a movie fight scene.

This movie is the last of the ‘Vengeance Trilogy’ by Park Chan-wook. Generated by the goodwill of moviegoers and critics alike, Lady Vengeance got a significantly higher budget.

This budget can be seen to work in the cinematography of the movie amongst the plot and subplots. The titular character in the film is a young woman named Lee Geum-Ja, (Lee Young-ae), a confessed murderer of a young boy.

Although she confesses to the murder, the police detective who takes on the case knows she was lying to protect someone maybe while Geun-Ja uses the time to locate the killer as well as do favors for her cellmates which she asks them to return once out of prison and on the hunt.

The movie is way darker in tone than the already dark themes of the preceding two movies but with a huge amount of catharsis by the end of the movie.

The movie features a serial killer who develops degenerative Alzheimer’s disease after an accident. He goes back to his veterinarian job.

The blackout seems to have completely restructured his memory so that he does not remember who he was and what he saw.

He was in a rear bumper with a stranger’s car, and his suspicions were raised further when the killer started dating his daughter and, as far as he knows.

The blackouts are more frequent and longer; a friend tells him to keep a journal before forgetting everything again.

This starts off the cat and mouse game where our protagonist is also a killer, so the audience does not know who to be rude to.

The memoirs that he kept indicted him in many ways if it fell into competent hands. The book this was based on and the movie ‘Memento ’ borrows heavily from them.

It is a suspenseful thriller as the audience is taken into a world through the incomplete remembrances of a person dealing with degenerative mental conditions.

This found footage movie came out well after found footage had become a thing and was drawing large sums of money, but also the genre suffocating the other genres of the time.

Gonjiam is easily one of the best movies in the genre. The movie follows a group of amateur ghost hunters (aka The Horror Times Crew) to the real-life Gonjiam Asylum.

There were some scares orchestrated by the director and some of the participants during the first half of the crew, but then some unplanned events started to happen which were not in the script.

The patients and their director are the spirits who haunt the asylum, and all I can tell is the sound of a table tennis ball will send a tingle up your back.

It reminds me of older found footage of who uploaded the stream or got the videos to release the footage.

R-Point is a wartime psychological thriller written and directed by Kong Su-chang.

It is set in the 1970s during the Vietnam war. The movie is about South Korean soldiers picking up a distress call from Romeo-Point. They send a team of nine soldiers to go on this search and rescue.

They are immediately ambushed by the Vietcong, and their luck goes down another notch.

The nine soldiers get killed several ways until only 1 left. Sergeant Jang Young-soo led the rescue team, but the bodies of the eight other soldiers had vanished.

Written and directed by Kim Jee-Woon, this is a psycho-horror drama inspired by a Korean folktale.

It is the highest-grossing South Korean horror film and the first South Korean picture to be screened in American theatres.

The plot centers on two sisters and their relationships with their father and his new wife.

The tired trope of evil stepmom was used as a genius diversion. As with most Korean movies of the era, ‘A Tale of Two Sisters comes up with one that is strictly better seen than read.

The parasite is not included because, face it, it is a movie that tops every horror listicle and if you haven’t seen it, what are you doing here?

They are just people who watched and loved it but seeing it here could just be a knockoff and missing the point about financial equality and how one family tries to climb into the household of the very rich. 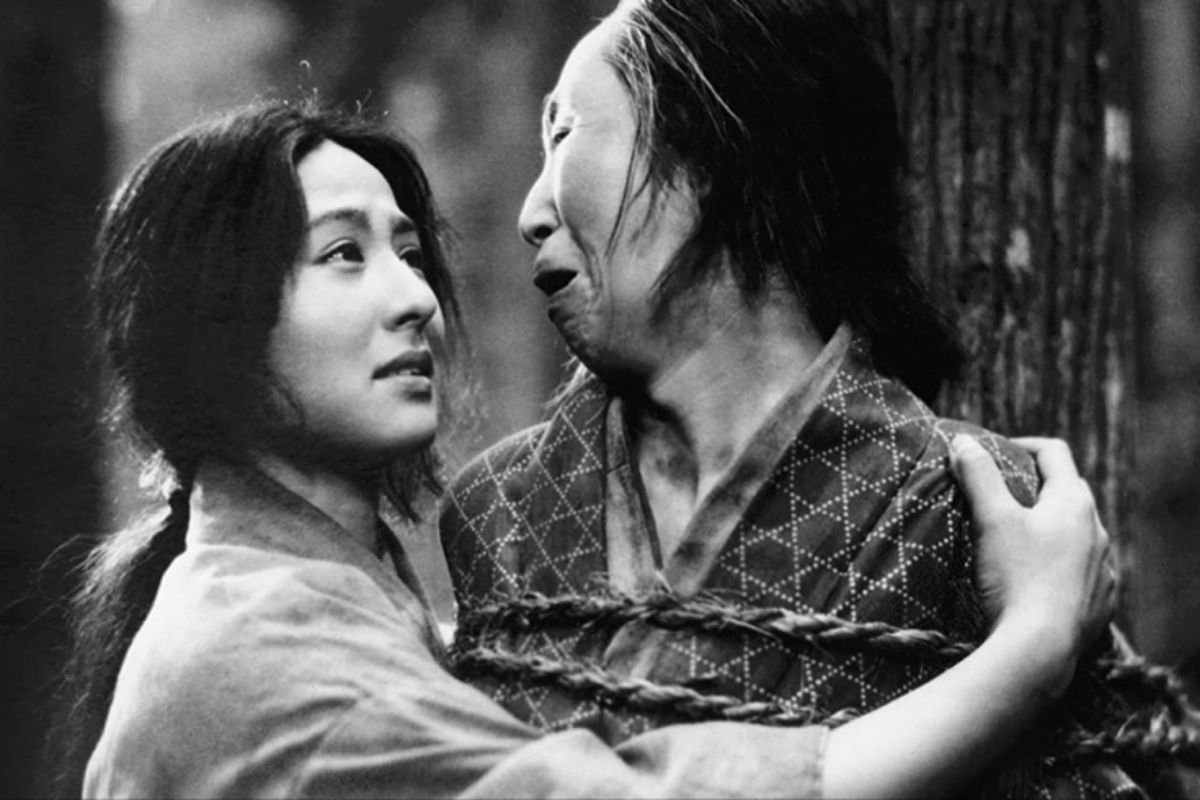 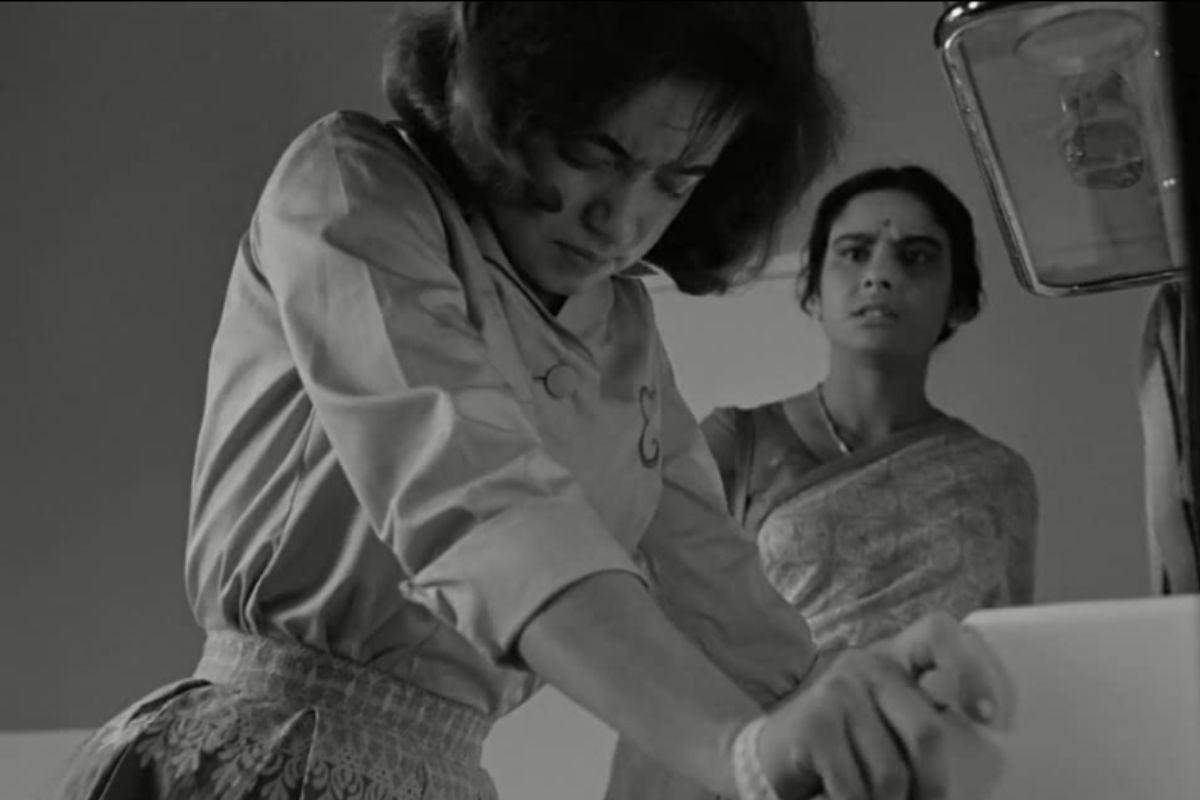 Satyajit Ray’s Mahanagar (‘The Big City), released on 27 September 1963, is a story about a middle-class woman, Arati. Her life begins as a housewife who listens to her in-laws and husband, Subrata, and takes Read more… 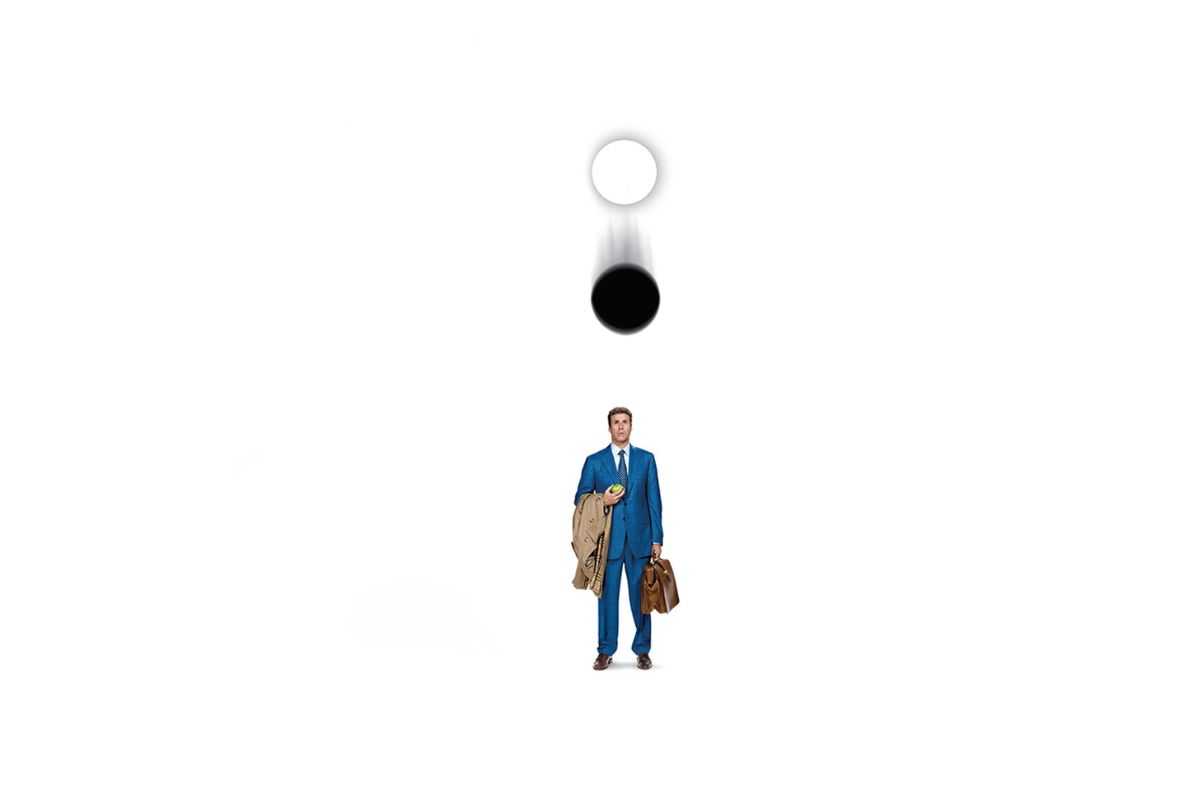 Pondering The Strangeness In Stranger Than Fiction (2006)