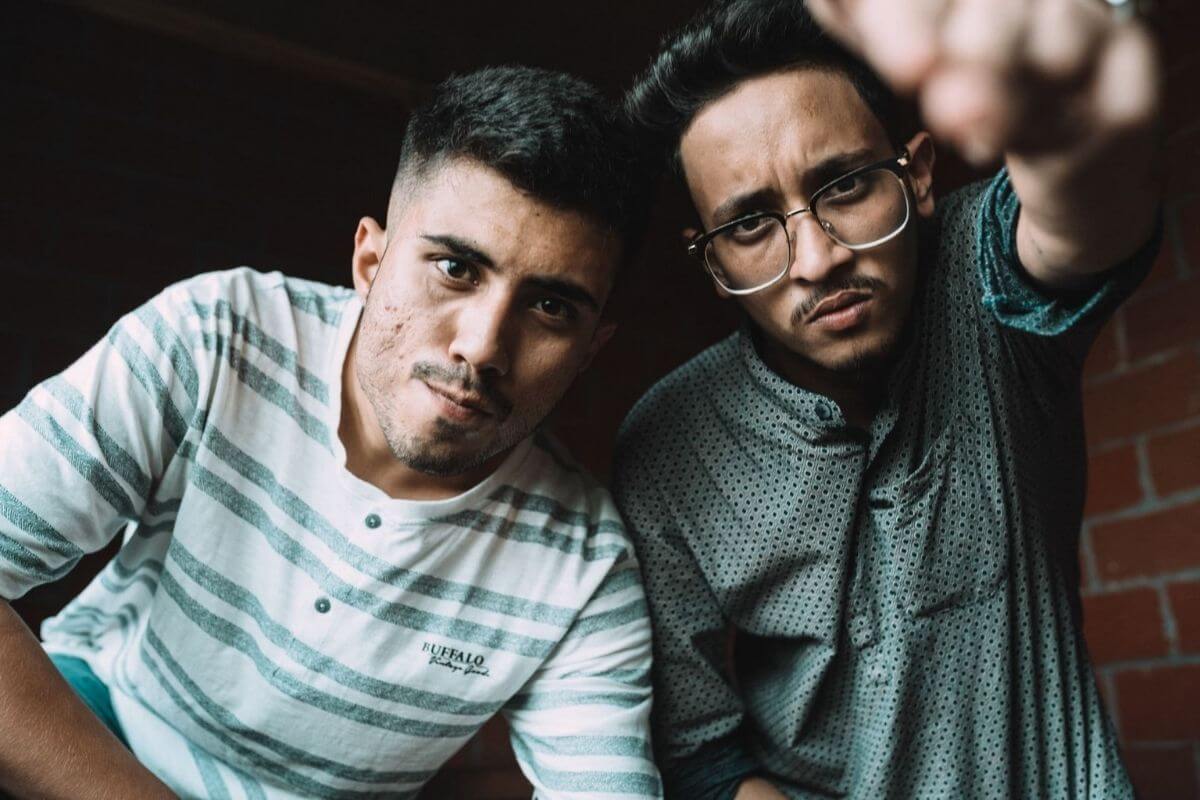 DHH, better known as desi hip hop, is in a sub-genre of music hailing from India. Though hip hop has been around since the early 2000s, the current Indian audience has commercialized this genre in the last five years. Now, being from Delhi, I grew up watching some of the most popular acts in this city. I’ve seen how rap music is cultivated in Mumbai, and I am also familiar with the history of hip hop in the northeast.

However, being in Delhi for almost 25 years now, I’ve seen relevant groups and individual artists who grew up successful in this genre of music. So much so that I’ve met a few of them and always appreciated them for their records. So here I present to you the top 10 DDH rappers from New Delhi. This list will include the most relevant rappers from New Delhi and its surrounding areas. With that being said, let’s get started. Shall we?

KRSNA is anything but average. The 32-year-old self-made rapper made himself one of the best lyricists in the modern hip-hop scene. KRSNA has been involved in rap music for a long time and has collaborated with overseas artists. His rise to fame started with his beef with Emiway and Muhfaad. With songs hitting millions of views in just a few weeks, KRSNA doesn’t hesitate to go toe to toe with anyone, irrespective of their stardom or relevancy.

RAGA is the mad dog of the current DDH scene in New Delhi. The 26-year youngster gained respect from Delhites for the song ‘Jamnapaar .’ Since then, he has been releasing killer tracks one after another. His previous brawl with Muhfaad gave us a glimpse of how far he is willing to go for the sake of art and war. RAGA is definitely a strong contender in the Delhi rap scene.

This innocent-looking person is anything but innocent. Lil Golu’s rise to fame started with his collaboration with Yo Yo Honey Singh. In his initial career phase, Lil Golu joined Yo Yo Honey Singh’s band Mafia Mundeer and has been making music since then. However, his single projects have helped in making his best record yet. Songs like ‘Ilaaka’ and ’13 14′ have helped him make a name for himself in Delhi’s DHH scene.

Muhfaad is arguably the most controversial rapper in the last few years. He constantly exchanged blows with other rappers and even went to diss multiple rappers in his recent tracks. From lyricism to wordplay, Muhfaad knows his game, and he constantly improves himself with every record. Muhfaad might be the only rapper on his list who doesn’t like collaborating with others. Like 70-80% of his songs are solo tracks without any features. If you want to see some of these diss tracks from the past, I’ll leave a link below.

Seedhe Maut is one of the most influential rap duos in India. Consisting of battle rappers – Encore ABJ and Calm, this duo doesn’t back down from any competition and presents the essence of Delhi rap to the world. The pair is known for songs such as 01, Scalp Dem, Do Guna, and Namastute, and with every new project, these rappers don’t hesitate from spitting facts and cold bars.

Now we are getting into some deep water of Delhi’s DHH scene, aren’t we? MC Heam is probably one of the underrated rappers based in New Delhi. Hemant Dhyani, AKA MC Heam, stays out of controversy and you rarely see him making diss tracks for other rappers. Instead, he onboarded the mentor tag because he has inspired and trained many rappers in the business. If you’re looking for some light-hearted and motivational rap songs, then MC Heam is the best for you.

Fotty Seven derives its power from Delhi, and he proudly incorporates the slang in his songs. From casual Delhi abuses to intricate wordplay, Fotty Seven never misses a thing. You can easily blast his music while working out, and you’ll get an extra dose of adrenaline from his powerful songs. Being a Delhite himself, you can see him talking about all the things Delhi. So if you are a Delhite, you should definitely check out this dude.

Meeting with MC Kode was a good experience. Not only he’s a great battle rapper but also a good human being. Though Aditya Tiwari is not as commercially successful as other rappers on this list, he has his own way of defining success. As the co-founder of SpitDop Inc, MC Kode has many aces up his sleeves. Instead of steering into the mainstream, this 23-year-old battle rapper is aiming to create his universe of battle rappers.

More than just your average rapper, King Rocco is an experience. Though those who haven’t heard his music might not agree with this, but King Rocco is the most refined product of DHH. Arpan Kumar Chandel AKA King Rocco knows what his audience wants and delivers the exact thing from singing to rapping. From rise to fame with MTV Hustle in 2019 to the popular pop songs on YouTube, this 22-year-old youngster has everything going his way.

Prabh Deep is one of the most respected rappers from New Delhi. Though he’s has been around in this scene before hip hop was a thing in Bollywood, not many know his existence beyond the song ‘Sherni’ from Manmarziya. This 28-year-old rapper has the best flow switches, cadences, and a voice you can’t get enough of. If you’re from Delhi, then Prabh Deep should be on your playlist right now.

So this ends our list of the top 10 rappers from New Delhi. The list was tight, and we reduced the number of rappers from 15 to 10 because including commercial artists such as Raftaar would be unfair to the concept of this article. Apologies if we missed some of the rappers. Comment down your favorite rappers and artists you want on this list.