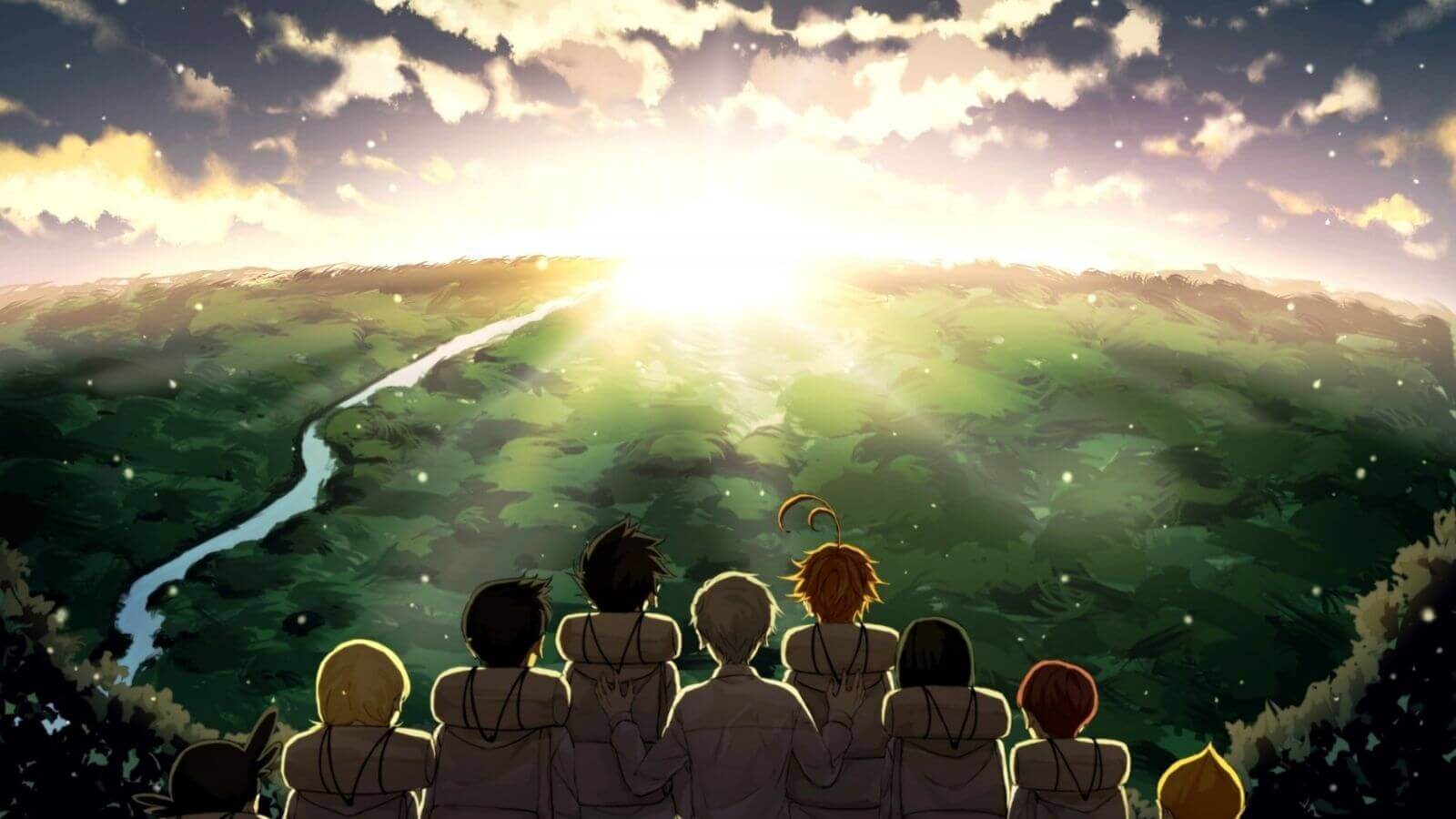 Picking up the pace from the last season

One thing that the creators did that won several anime fans’ hearts is how the first season starts. From the very first episode, the story picks up from the last season. After Emma, Ray, and their tiny family of young children escape the Grace Field House, the first season ends and this is where the second season starts.

To give you a little background on the current story arc, here is something you should know before watching the second season of The Promised Neverland.

Emma, Ray, and other orphans in the Grace Field House find out about the ill plans of their caretaker Mama and how she has been selling young children of the orphanage to the high-society demons

After planning and sacrificing their friends Norman, Emma takes the lead and manages to escape the orphanage house with the 6-year-olds and 12-year old children’s and that ends the plot for the first season.

As I’ve already mentioned above, the first episode starts with what was left towards the end of season 1. As Emma, Ray, and others run outside of the jungle, they meet with demon soldiers, who eventually catch up to them and corners them in one place. Thanks to Ray’s quick thinking skills, he manages to deviate demons’ attention from other kids and makes them run after him.

After a quick run, the demon commander, the one with the sword, captures Ray and asks his subordinates to look after the others. In the same instance, Emma loses her consciousness and a new kind of demon helps the kids by giving them shelter inside a closed building.

Ray, who is the danger of getting caught is saved by another demon, who turns out to be an ally to the young kids and, inside their house, Ray asks the most crucial question, that might change how we see The Promised Neverland world.

As Ray wakes up next to Emma’s room, the two demons come and Ray asks them why are demons helping humans and what are their goals. With this cliffhanger, the first episode of The Promised Neverland season 2 ends.

The Promised Neverland Season 2 Episode 2 Release Date: When Will It Premiere?

Surprisingly, the creators behind The Promised Neverland 2 are releasing the anime on a weekly basis. The second episode of The Promised Neverland Season 2 will release on January 15, 2020. CloverWorks Studios is the pillar of the animation and by the looks of it, the show is promising a better year for anime fans.

Along with The Promised Neverland Season 2, CloverWorks Studios have mass-produced some of the best anime movies and TV series of all time.

As you have already guessed, the show will blatantly shift its genre from psychological thriller to horror-survivor and it will reveal the cruel world of demons and humans that co-exist in a depressing setting where humans and demons use each other for personal profits.

The addition of the two new characters signifies new twists and turns in the story and instead of fighting against just demons, Emma and Co. have to work their escape from other humans too

Also Read — List Of All The Upcoming Anime Of 2021

So that was our take on The Promised Neverland Season 2 Episode 2 release date and plot. otakusmart is a news source for anime, manga, k-pop, gaming, and pop culture in the world. Bringing you the latest in the world of Anime entertainment.