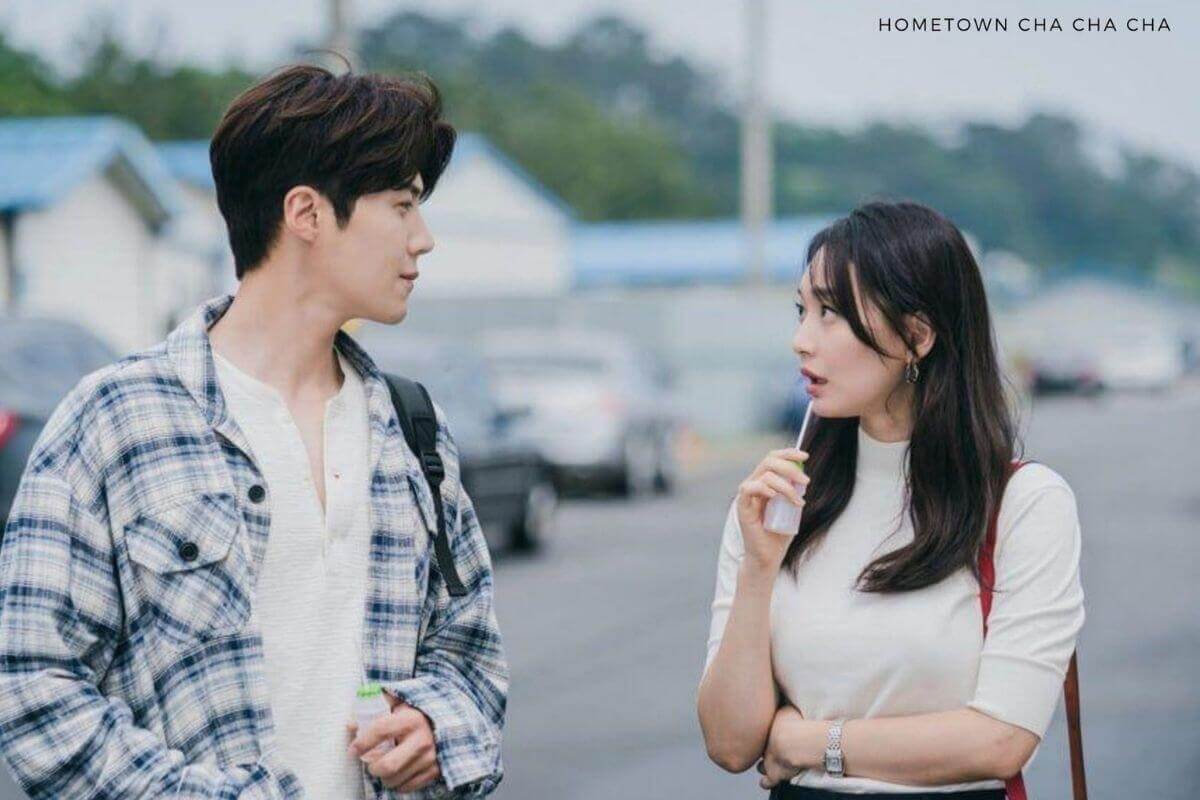 If you have been watching the recent popular K-dramas such as Squid Games and The Pent House that consist of endless actions and exploits, this is a show for you to let your hair down and cleanse your mind. The rom-com shows the perfect chemistry between the “dimple” couple, Kim Seon-ho (as Hong Dusik) and Shin Min-a (as Yoon Hye-Jin).

While there are thousands of things to dwell upon, we don’t even mind remembering the simple and most essential things in our lives. The drama is not only a perfect binge-watch but also a show that will revive the values that we let slip day by day from our daily lives. The cold winters would be a perfect time to begin your 16 episodes long journey from Seoul to Gongjin, the town of three mysteries, while just being under your warm and cozy blankets.

The Unique Characters of the Protagonists

Hye-jin is a talented dentist and likes to mind her own business only. But in the case of patients, she has her way of treating them fairly. Her boss is famous for stealing other’s patients and recommending them for costly treatments to earn more money. Both Hye jin and her boss get into an argument and, the protagonist ends up quitting the clinic. Now you must have got the vibes of Yoon Hye Jin’s personality! Although in the beginning, we see that she appears to be a tough woman, later, we get the taste of her soft side as well. Initially, when she quits her job, everything seems to be over for her, but as it’s said, things happen for a reason. It led her to find happiness in her near future. It taught me that choosing Honesty is always the best path.

It’s going to take you long before you finally understand what Hong Dusik’s real job is. At first, you’ll see him on a fishing boat helping other men. A little while later, you’ll get a glimpse of him doing other odd works, and to our surprise, he also has his real estate ID. Being extremely popular, everyone in the town knows him. He’s known by the name Chief Hong. He indiscriminately helps everyone in the locality.

There’s one scene that firmly took me to amusement when he takes out his wallet and displays all his IDs for which he’s being certified. I felt as if there’s nothing on this earth that he can’t do. He also possesses a sarcastic and funny side of himself that he mostly shows to HyeJin.

We know that Hong Dusik is a book of knowledge when he even teaches Hyejin’s father the right way to grow a plant. Even though HyeJin’s father did not like him at first, having a deep conversation with Dusik, he begins to like him. Chief Hong is all ready to melt your hearts with his charming personality, dimples, and  Kindness.

What makes the show exceptional?

The characters and the story were well written, and there were no loose ends. All the characters had their back story. The series would make you realize that everyone on this earth has regrets. Yes! We all have regrets. We get the hint of it right in the second episode when we see Hwajoeng, Raw Fish Restaurant owner, holding the divorce papers, Namsook, the Chinese Restaurant owner gripping a toy, Choen-Jae, the Cafe owner, clutching his music tape, and Du-Sik holding a black suit. Dusik also has frequent nightmares and takes psychiatric treatments. In fact, at first, Hyejin also doubts if she has taken the right decision by hitting the road and moving to Gongjin and opening her clinic.

Although Dusik gets wound up on HyeJin as HyeJin unknowingly criticizes Chun Jae, he still goes ham to help HyeJin by making her do community work and forcing her to go to the community meetings so, that she learns to communicate and work on building a good relationship with the town people. Undoubtedly this enlightens us to possess forgiveness. Also, Hyejin does realize her mistake and apologizes to Choen Jae.

It’s another quality that she possesses in the entire drama, where she comes to realize her mistakes, reflects on them, and takes action by apologizing or thanking the other person. Although HyeJin faces a sea change in the environment when she moves from the city to the countryside, later she finds herself happy living in Gongjin.

Du Sik teaches Hye Jin that life isn’t fair to everyone. Some people live their lives on unpaved roads. Some people run for speed only to be getting knocked off at the edge of a cliff.  Eventually, they grow fond of each other, and their sweet and salty bond turns out into a love for each other.

Wait! Is it a Love Triangle + Bromance?

One night, HyeJin and Dusik have a long drunk talk. Waking up, HyeJin finds herself sleeping beside Dusik. She leaves the house as fast as possible but, the gossip queen Namsuk sees her coming out of his house. The rumor about HyeJin and Dusik spreads like fire all around Gongjin. Now comes an unexpected appearance in the small town of Gongjin Ji Seong-Hyung, a famous producer from Seoul.

Now let me tell you about the bond I adored the most in the entire show- it’s none other than Seong-Hyung’s and Dusik’s. You can expect some Bromance moments too. They have a dramatic first meeting, and their conversations throughout the drama were hilarious.

They made me smile cheek to cheek all the time. You can now expect a love triangle as cute as a bug’s ear because Seong-Hyung turns out to be a senior from Hyejin’s college. She meets him after the lighthouse festival while walking with Hong Dusik.

Speaking of love triangles reminds me of another compelling love triangle in the drama. The story is of Hwajoeng, her ex-husband Jang Young-Guk and his first love. Be ready to get bemused watching their story. Young-Guk confesses his long-lived feelings for Yoo-ChoHee. But she wants the three of them to have the bond they had years ago.

Although it upsets Seong-Hyeon for a while when HyeJin denies his proposal, in the end, he does realize Ms. Wang’s feelings for him and that he was not as upset hearing from Hyejin as when he heard Ms. Wang was about to join another company.

Two of my favorite scenes, ready to warm your heart in this cold winter!

I will take this opportunity to mention two of the most endearing moments between the dimple couples, who are as cute as a June bud that doubtlessly brightened my day up.

One of the scenes was when HyeJin and Dusik helped an old lady with laundry. The way the scene was filmed, made butterflies flutter in my stomach. For me, the most beautiful episode was the last one, particularly when they were having their wedding photoshoot. The show has one of the perfect endings I have ever watched.

The drama has many characters, and each has its own story. Meanwhile, I will leave you here- for you to go and find out what happens between Hwa-Jeong and her ex-husband? What were the three mysteries of Gongjin? What happened to HyeJin’s mother in the past? What’s Dusik’s dark past? Is he a murderer? How were Hyejin and Dusik connected since their childhood? And the exciting love story of Hyejin’s best friend Pyo Mi-Seon and Choi Eun Chol and the supermarket owner and Choi Geum-Chul.

In most Korean series, we see the skyrocketing buildings of the city of Seoul – Hometown Cha Cha Cha represents how people live in the countryside. While living in big cities, we don’t even have time to greet our neighbors. The Korean drama shows how well the people of Goyang communicate and interact with each other.

The acting done by the actors is so natural that it seems as if they are enjoying what they are doing. Even the actors did their jobs perfectly. Overall, it’s pretty comforting, heartwarming, and healing to watch the show – Hometown Cha Cha Cha. I bet you won’t regret watching it.