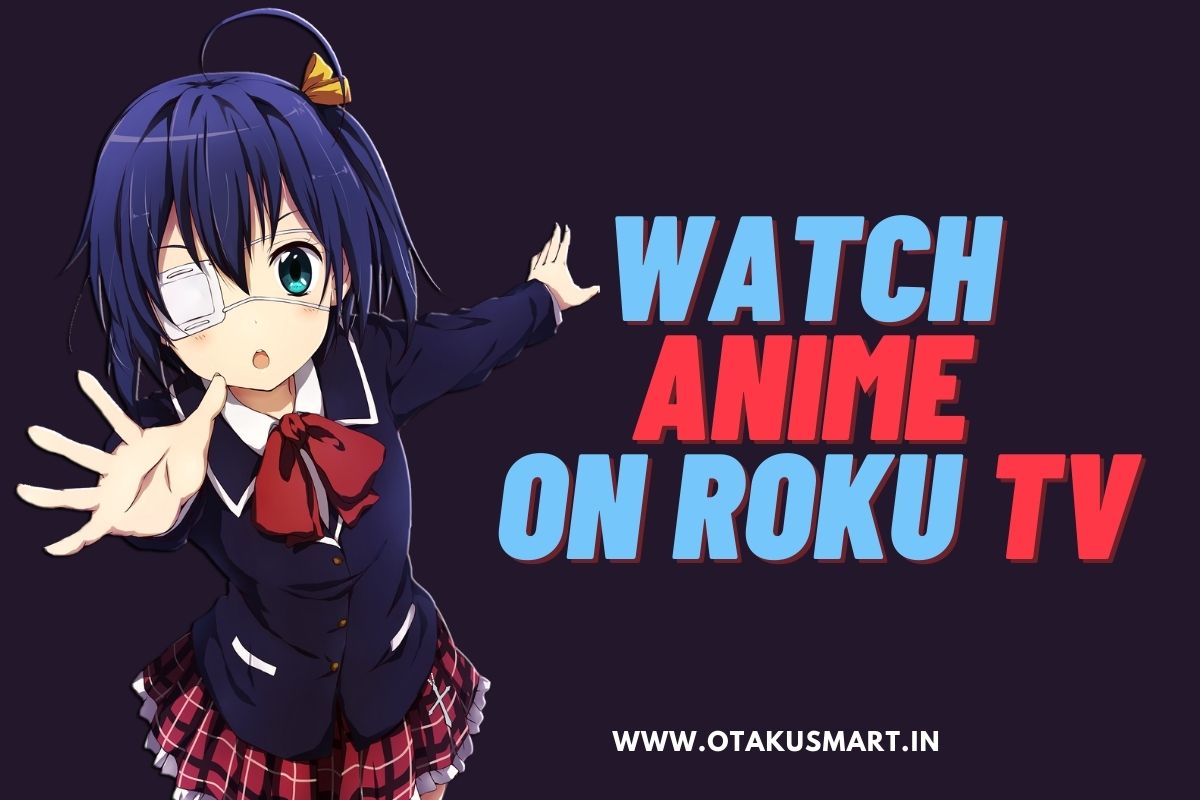 Since the availability of Funimation on the Roku app, anime fans have been looking for new anime apps for Roku devices. Anime channels on Roku give you enough power and entertainment that you can spend your time quietly at home. Seriously, there is nothing better than anime apps on Roku that enables you to watch your favorite anime with your favorite snacks.

Also Read: Top 10 Anime where MC is to take care of siblings

In this post, we will share a total of 12 Roku tv anime apps that you can use to stream your favorite anime on your Roku device. Apart from these anime apps on Roku, you can find the method to add these channels with a quick tutorial. With that being said, here are the anime streaming apps for Roku devices.

What anime apps are on Roku?

There are many anime streaming apps for Roku devices. If you’re an anime fan, then you should check out these 13 anime channels on Roku right now. You can watch the latest anime series including Attack on Titan as well as classic anime like Inuyasha.

Crunchyroll is by far the most popular anime streaming app for Roku devices. Created by Brandon Ooi, Kun Gao, Vu Nguyen, and James Lin, Crunchyroll offers 100% anime-centric content, including the latest episodes one hour after the release in Japan. With your Crunchyroll subscription, you can stream the newest anime episodes on your TV.

Funimation is another anime streaming service for Roku devices. It has an ever-growing collection of anime series in English dub, apart from its competitor. Funimation is the go service for anime binge watchers because it has the most extensive English dub library of your favorite anime series. Additionally, if you don’t want to stream the series, you can opt for an offline download.

TMS is probably the oldest company on the list, which started its operation in the 1960s. Today, TMS Anime offers anime enthusiasts one of the most robust streaming services. With TMS Anime, you can watch your favorite anime series without paying a dime. The free service offers a long list of anime series and movies in eng sub and dub for your Roku devices.

Netflix offers MORE than anime. Upon subscribing to its plans, you can set your preferences to anime, which gives you ANIME as a recommendation. Though Netflix is more inclined towards Hollywood TV series, there is a good amount of anime available on the platform. The best part about Netflix is you can watch other series as well, including Hollywood classics, TV series, Korean dramas, and the list goes on and on.

CONtv Anime is another service provider that offers anime series and movies for Roku users. Users from the USA, UK, Japan, and others can watch the latest anime episodes of trending anime series. Though the free version is good enough, the channel is supported by ads. However, you can stream your favorite anime series without ads and exclusive CONtv Anime content by opting for the premium version.

Anime Network is another anime app on Roku that enables you to watch your favorite anime series on your TV. It started its anime streaming service in 2007, and it continues to provide anime episodes on VOD on Roku devices and the official website. The best part about Anime Network is that non-members can watch the first episode for free and small clips on the app.

Hulu is probably the underrated app of the streaming world. It has hundreds of TV shows, movies and anime series that you can binge-watch without getting bored. For any lovers, Hulu offers unlimited access to the latest anime episodes and classics from the 90s and early 2000s. Hulu is available on Roku at $7.99/month!

Among all the available anime streaming channels here, Crackle is probably the actual free channel on Roku. Though it has a standalone website version, Roku users can watch anime using the app version. Crackle is accessible on Roku, and you can stream your favorite anime classics such as Yu-Gi-Oh Sword Art Online and more for absolutely free.

Tubi TV is a new channel on Roku, and it offers hundreds of classic anime shows for Roku users. Since Tubi TV is free, only classic anime is available on the platform. If you like classic anime or don’t want to pay for premium anime channels on Roku, then you should add Tubi TV on your Roku device.

Pokémon TV is pretty self-explanatory. This exclusive anime channel offers free streaming of Pokémon episodes. This includes all the Pokémon series in both eng dub and eng sub. If you’re a Pokémon fan, then you should add this anime channel to your Roky device right now. The best part about Pokémon TV is that it’s actually free, and it doesn’t cost a dime to watch your favorite Pokémon series on the big screen.

Pluto TV also offers a mix of classic and new anime series on Roku devices. It has a list of anime series for OG fans and newcomers who want to taste anime for the first time. Pluto TV has this particular segment known as “Anime All Day”, which offers anime series and movies for Roku owners.

Can I watch anime on Roku?

Yes, you totally can watch anime on Roku. You have to add the channels and opt for the subscription. Additionally, if you don’t want to pay, there are some free anime streaming channels on Roku. However, these apps have their limitations. That aside, there are more than 10+ anime apps on Roku to watch your favorite anime series from Japan.

How to install anime apps on Roku?

Step 1: Plug in your USB stick or turn on the Roku TV (If you are using a Roku TV)

Step 2: Search for any anime streaming app for Roku?

2 thoughts on “Anime apps on Roku: best anime channels on Roku that every anime fan should watch right now”