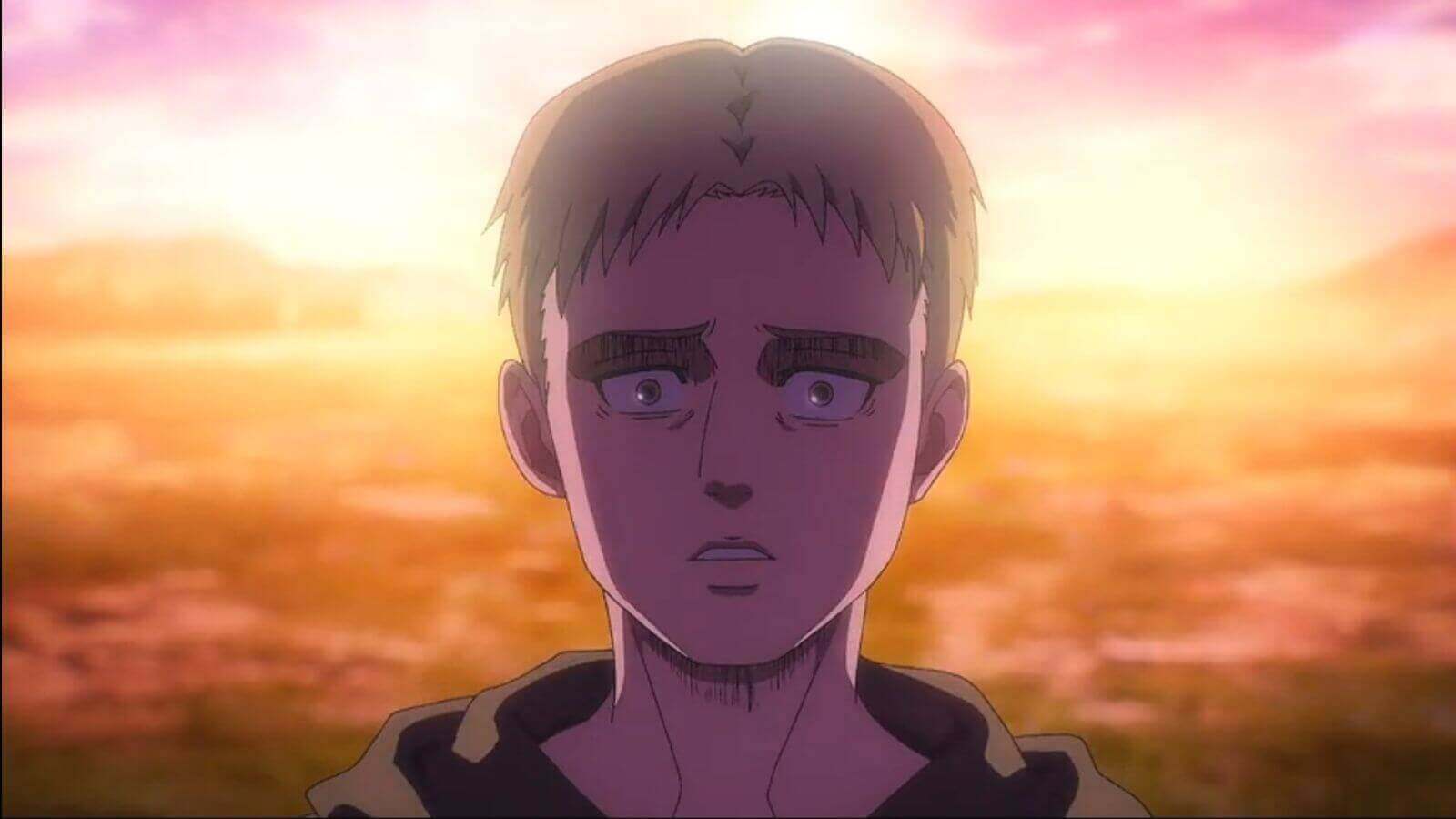 Attack on Titan proved its worth by not following the anime cliches from the 90s. A dense MC with no sense of his surroundings, NO! Eren is not a hero and nor is he a villain. But somebody is!

The truth behind the walls

Attack on Titan season four revealed the devastating war of the outside world. Paradise island had its own conflict which, basically, lays the foundation of the long history of the titans. While Eren was the center of the attraction until the third season, a new hero emerged from the gallows, changing everything we know about the anime world so far.

The third episode of Attack on Titan season 4, named The Door of Hope, digs a depressing take on Reiner’s past and how he became what he is today! In the episode, we saw the unparalleled self-sacrifices of Reiner and his past shaped his future and what might happen in the future.

How Marley broke the world’s peace?

In the episode first and second, fans witnessed a four-year time skip in the story. In the episode, Hajime Isayama shared a horrifying past of Eren, Reiner, and all the survey corps members while they were inside the walls.

At the end of Attack on Titan season 4 part 1, we can see that some individuals on both sides of the wall understand the complexity of the situation and how neither is responsible for these attacks. Eren and Mikasa were the victims of Marley’s government. In a sensible and straightforward term, Marley is desperate for the Attack Titan and Founding Titan to revive the history of the great titan war.

On the other hand, Reiner, Bertolt, and Annie Leonhard were the victims of the Marlian system. They belonged to the Eldia, the country despised by the Marley government. However, they are still a part of Marly because they belong to the Marley military who uses them for power and experiments.

Realism in Attack on Titan season 4

In the new season, the new characters took their position as the new fighters just to meet the same fate! However, this story is too complicated and the characters represent actual human beings who might make bad decisions while choosing the sides.

Episode three takes back to the meetings and misunderstanding between Reiner and Eren as both the soldiers were protecting what was precious to them. The episode highlighted the cunning behavior of war and how all the main characters were just children who were forced to fight against each other to fulfill the government conspiracies and the Reiss family’s constant thirst for power.

The episodes dwell on the past about Reiner and how he is the only one who knew about life on both sides of the wall. As a soldier, Reiner has to follow his orders but somewhere deep down he knows the sad reality of this world and how both sides are moving in the wrong direction.

How is Reiner the perfect protagonist?

Reiner’s conflict lies between his loyalty to his country and what he has seen inside the walls. Through this conflict, Reiner has to live the few years of his life with a burden on his heart that he could have made the difference a long time ago, but now it is too late to go back.

As Eren advances in his rumbling, there isn’t much going on for the latter. In fact, the one who can save the world is Reiner. I am not too sure how it will be because I haven’t completed the manga yet, but I am sure, the only hero we have right now is Reiner.  Eren will advance to his plans of the rumbling and by the looks of it, Eren is the antagonist right now and among the people who can take on Eren right now is Reiner!

The Attack on Titan Season 4 part 2 will be released soon and we can conclude our theory with the fact that both the characters have a lot to say and a lot to fight for. Eren is fighting for the ultimate freedom and Reiner is fighting as the ultimate protector.