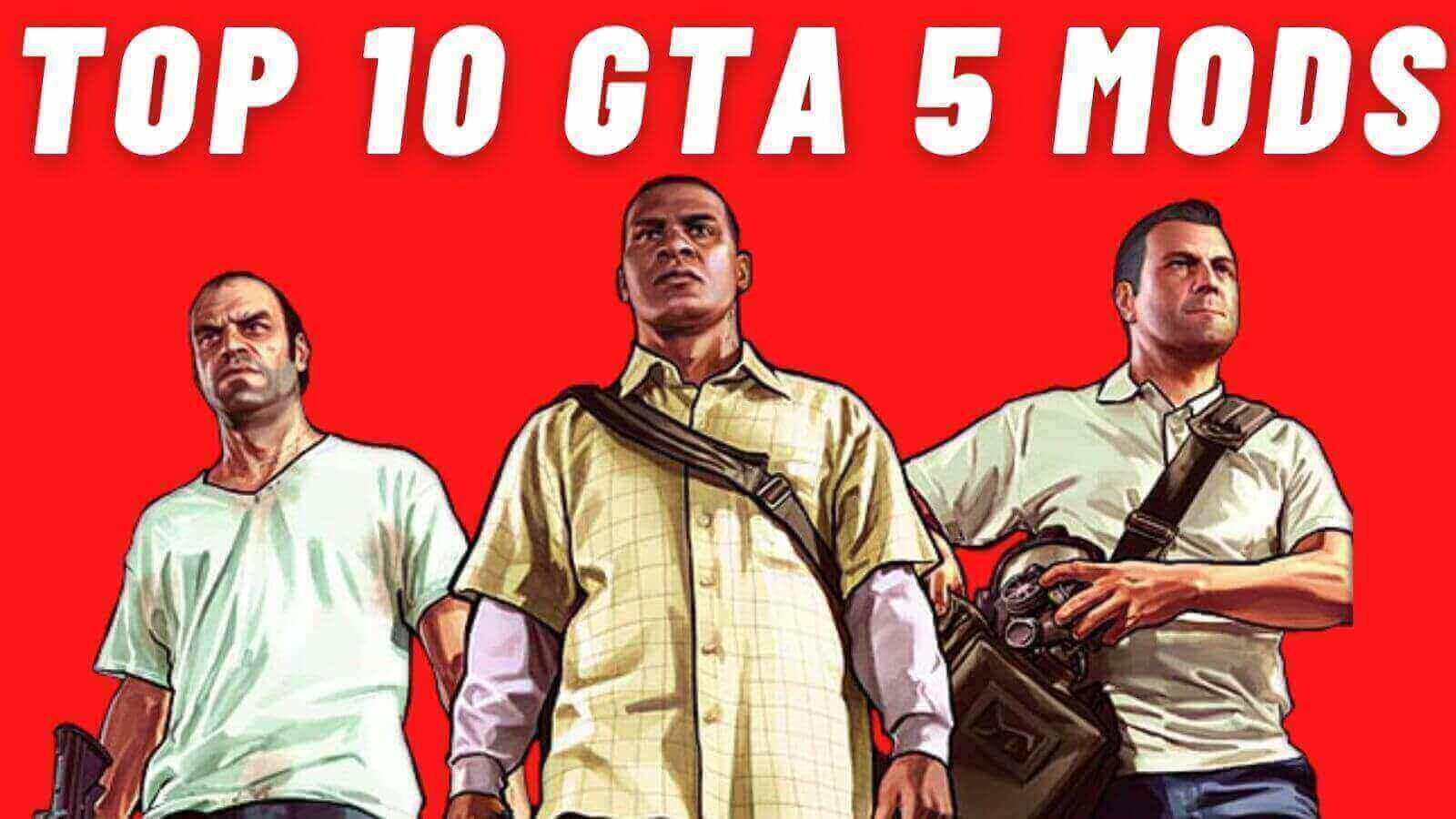 Hey 2022 gamers, welcome to the list of the top 10 mods for Grand Theft Auto GTA 5. As you already know, GTA 5 is a popular AAA title in open-world games. Since its release in 2013, modders have been providing free game mods for players who want to experience more from the game. To start the list, the first mod we are going to talk about is “dynamic hair growth”.

Dynamic Hair Growth is a popular game mode for people who want something realistic from the game. Most GTA 5 characters have different hairstyles and Dynamic Hair Growth acts as a catalyst between the game and reality. Once you apply this mode, you’ll see hair growth on the character’s body. Though it doesn’t give superpowers to the characters in the game, it is enjoyable since it provides characters with cosmetic upgrades and hair growth mechanisms.

Advanced fuel mod brings realism to the game. For example, it slows down your gaming experience by limiting what you can and can’t do with your game vehicle. Grand Theft Auto 5 cars have endless gasoline so you won’t have to worry about running out of gas on those lengthy drives. The Advanced fuel mod provides a realistic driving experience in which you run out of petrol and have to stop for gas.

With Premium Deluxe Motorsport Mod, you can drive various cars and new vehicles which you can either obtain through grand theft auto or purchase within-game money on the other hand vehicles in the game can only be purchased on the in-game website. The Premium Deluxe Motorsport mod allows players to purchase automobiles using their in-game phone or computer instead you may go to the dealership the interact with the receptionist and buy a vehicle of your choice and it adds automobiles that aren’t available in the base game.

To bring you towards a more realistic civilization, the Better Chases Plus mod can be the best choice. In the base game, the police simply respond to your crime. The one GTA has been using since San Andreas. With Better Chases Plus, the way police respond to your characters has got better. The mod will appeal to anyone who enjoys attempting to outrun the cops it’s entertaining because it improves the game’s wanted function by adding a police identification system as a result police response is more suitable to the crimes done and police ai in pursuing the wanted character has been refined.

Violence has been the USP of open-world games. Especially in the Grand Theft Auto series where you cannot survive without shooting people. Though we shoot innocent civilians in the game for fun, guns are still a big part of the game and so are the gun sounds. The Realistic gun sounds replace the stock noises and add more realistic weapon noises such as gunshots and explosions there are more realistic gunshots and explosions in this version. These sounds reverberate so realistically that you can hear them. Hopefully, none of your neighbors will get the wrong notion and call the cops.

The Realistic Top Speed And Acceleration Mod corrects the vehicle issues with the GTA car mechanism. In most Grand Theft Auto games, travel very slowly even at full speed. In the real world, automobiles of all types from sedans to supercars are much faster. You can see how quickly you’re moving with this minimalist speedometer. Fast cars are arguably the most fun you can have. If you want more from your game then you should try this mod for realistic car speeds.

The Basic Needs mod increases the realism level of the in-game characters. In the stock game, the characters never sleep, eat, or work out to maintain their human forms because, at the end of the day, they are not real and don’t need the normal human routine to survive. Basic Needs mod modifies that and makes your characters much more human but of course after all that shooting, driving, and running they do they’re going to need all that rest and vitality. Now, GTA 5’s characters can live like normal human beings and it brings the game a little closer to reality.

The Real Paramedic mode brings back the San Andreas paramedics who were genuinely effective in treating the injured in the city. In Grand Theft Auto 5, paramedics can be summoned using your phone’s emergency number; they don’t do anything to save the wounded. If you remember GTA San, the game has such an awesome mechanism that allows the paramedics to treat the wounded people and even bring them back to life using CPR. Those who want the good old paramedics from San Andreas to GTA 5 would love this mod.

What is the purpose of realism mods if they can’t bring realistic environments? The LA REVO 2.0 brings real-life in-game details to the city of Los Angeles. The mod includes many stores, buildings, establishments, and places that were inaccessible in the base GTA 5. The mod replaces brands and advertising on the buildings of the city and creates altered versions of the stores and institutions. It adds a lovely touch to the surroundings, making your gameplay a little more realistic.